MANILA, Philippines — The Philippine National Police (PNP) has identified Daraga Mayor Carlwyn Baldo as the alleged mastermind in the murder of AKO Bicol Rep. Rodel Batocabe, who was gunning for the mayoral post of the said municipality in Albay.

Albayalde said investigation by the PNP Intelligence Group and the Criminal Investigation and Detection Group have identified seven persons of interest, who are employed as “confidential staff” in the Office of the Municipal Mayor of Daraga. 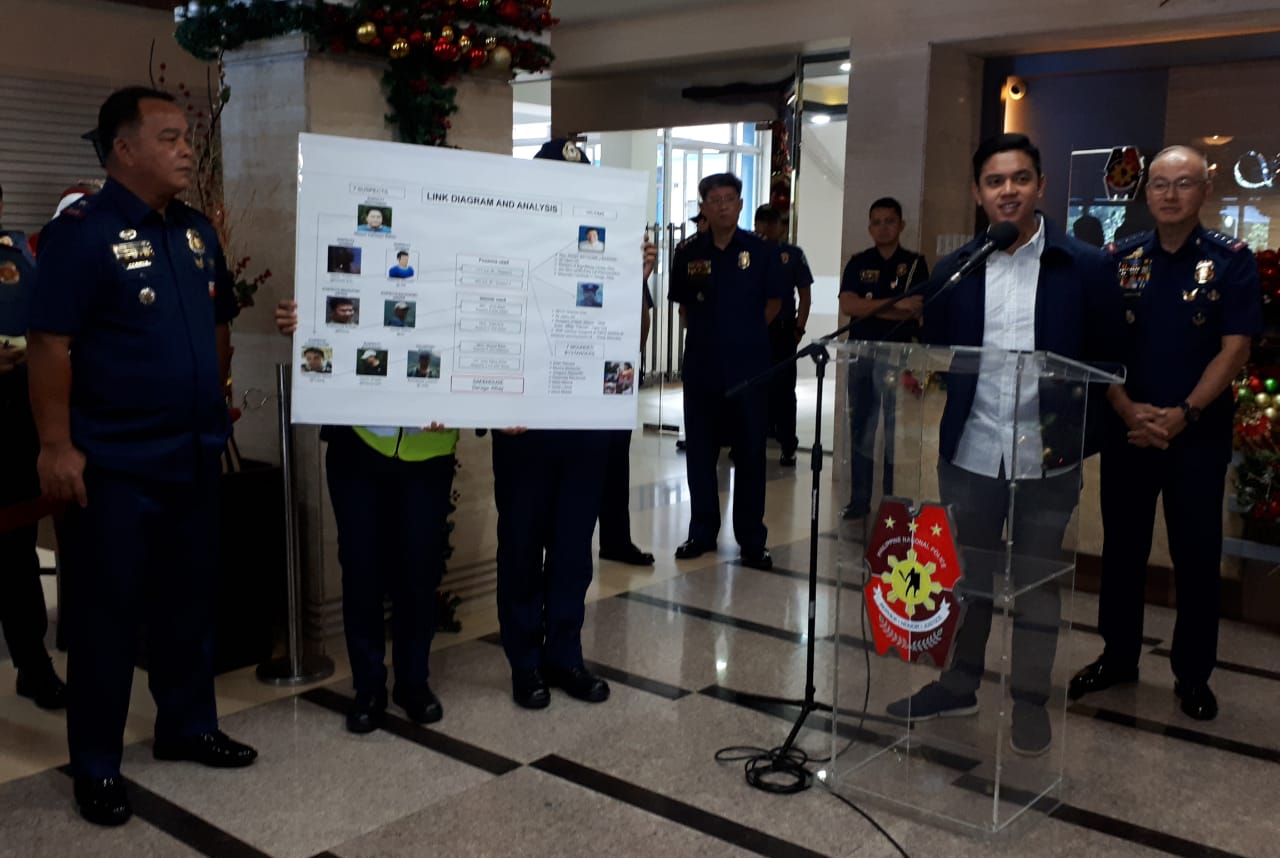 Albayalde said that among the seven persons of interest is a certain Christopher Naval, a trusted security aide of Baldo, who was “forced” to surrender to the police last December 30, 2018 “due to relentless police operations.”

A certain Emmanuel Bonita Judavar also came forward and gave his testimony. Albayalde said Judavar was also allegedly involved in the initial planning of the killing but backed out during the actual killing.

Albayalde said Naval, a discharged member of the Philippine Army, and Judavar gave relevant testimony to police and pointed to  Baldo as the alleged mastermind of the murder. 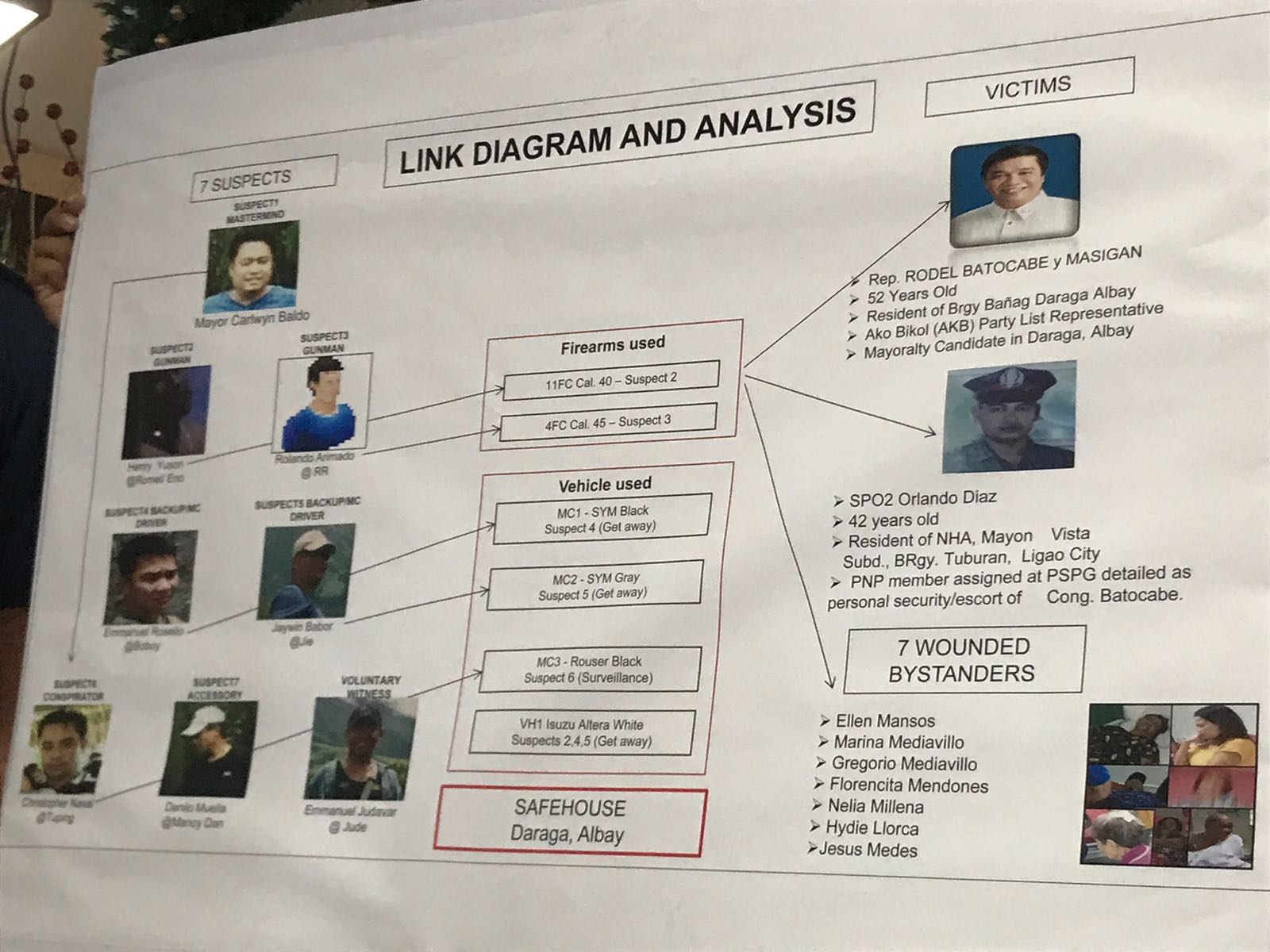 According to Albayalde, the plan to kill Batocabe was allegedly hatched sometime in August 2018, when the slain congressman announced his bid to gun for the mayorship of Daraga.

Baldo allegedly offered P5 million to have Batocabe killed in September 2018 and paid Naval and the group an initial P250,000 for the purchase of the guns and motorcycles to be used.

Albayalde said each of them were receiving a monthly compensation of P7,000 as part of Baldo’s staff.

Albayalde added that testimonies also show that the suspects belonged to a private armed group employed by Baldo and is being contracted as a gun-for-hire syndicate.

The testimonies of Naval and Judavar also showed that the first attempt to kill Batocabe was during his routine engagements at the DZJB radio station and at the Hotel Venezia in Legazpi City.

Albayalde said cases of double murder and six counts of frustrated murder have been filed in Albay against Baldo and the other suspects. Judavar will not be facing charges as he is now considered a vital witness in the case, Albayalde said.

Naval and Rosello are now in police custody, said Albayalde.

The PNP chief also ordered the revocation of gun permits of Baldo and has recommended the removal of his deputation over the local police in Daraga.

Batocabe and his police escort SPO1 Orlando Diaz were gunned down at a gift-giving activity for senior citizens and persons with disability on December 22 — his wedding anniversary.

Baldo earlier denied involvement in the crime, even if he was not considered as a suspect back then.

Atty. Justin Batocabe, the slain lawmaker’s son, however said he is convinced that Baldo masterminded the killing of his father.

President Rodrigo Duterte earlier said he threatened a mayor in Albay for allegedly harassing Batocabe’s wife Gertrudes “Gertie” Duran-Batocabe. The President however did not identify whom he was referring to.  /muf