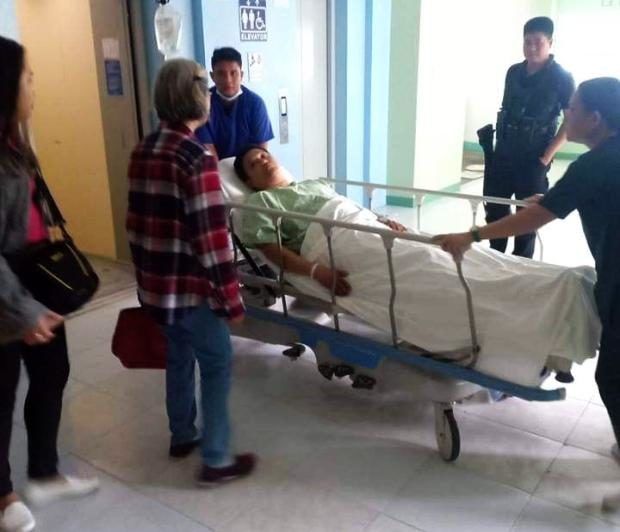 Daraga Mayor Carlwyn Baldo lies on a gurney at the UST-Legazpi Hospital in Albay after suffering from hyperventilation in his detention cell on Tuesday night, Jan. 22, 2019 (Photo courtesy of Police Regional Office 5)

MANILA, Philippines – Daraga, Albay Mayor Carlwyn Baldo, who was implicated in the killing of Ako Bicol party-list Rep. Rodel Batocabe and his police escort, SPO2 Orlando Diaz in December last year, may be released from hospital this week, almost two weeks after he complained of an asthma attack inside his detention cell.

Chief Inspector Malu Calubaquib, spokesperson of the Bicol regional police, said Baldo may be released from the hospital this week.

Baldo reportedly suffered from hyperventilation at the night of his arrest on January 22 for alleged illegal possession of firearms, ammunition and explosives.

Baldo was supposed to undergo inquest proceedings on January 23 but submitted to the police a certificate of hospital confinement instead.

He also faces an administrative complaint filed by the PNP before the Office of the Ombudsman.

Baldo had denied involvement in the murder of Batocabe.

The Department of the Interior and Local Government last week ordered Vice Mayor Victor Perete to take over the post of Baldo. /gsg