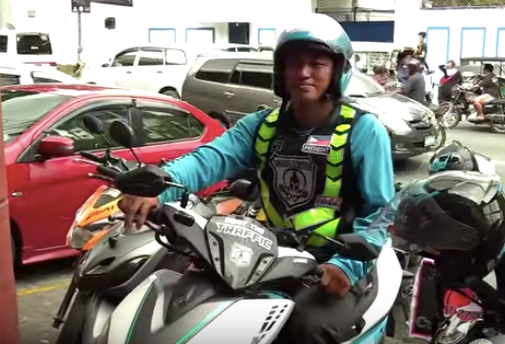 MANILA, Philippines — Motorcycles may soon be legalized as mode of public transport after the House of Representatives on Monday approved on third and final reading the “Motorcycles-for-Hire Act.”

With 181 voting in the affirmative, the chamber unanimously approved House Bill No. 8959 which seeks to amend the decades-old Republic Act 4136 or the Land Transportation and Traffic Code.

The proposed law revises Section 7(c) of R.A. 4136 to allow ride-sharing apps using motorcycles, such as Angkas or Habal-Habal, to roam the streets again.

Earlier, the Supreme Court, the Department of Transportation (DOTr), and motorcycle clubs have agreed on the need to amend RA 4136 before the motorcycle’s so-called ride-sharing services like Angkas could be legally accredited.

The High Court earlier temporarily stopped the operations of the motorcycle ride-sharing app Angkas and ordered DOTr and Land Transportation Franchising and Regulatory Board to go after its drivers.

In the upper chamber, Senate President Pro Tempore Ralph Recto has filed Senate Bill No. 2173 which seeks to classify public utility motorcycles as those “with engines of at least 125 cc and can travel faster than 50 kilometers per hour.”/ac