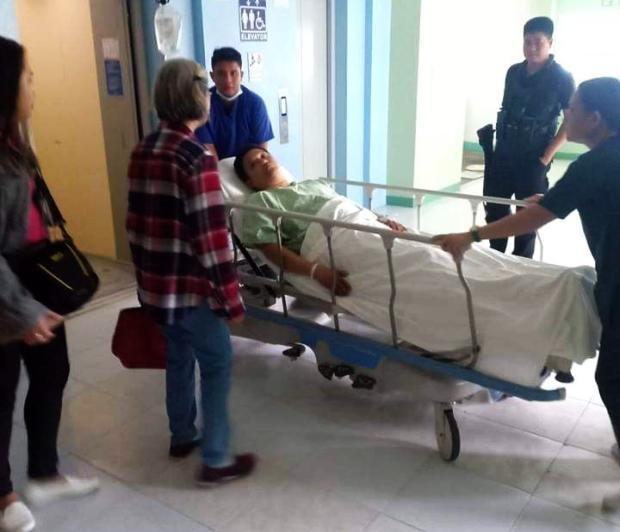 Daraga Mayor Carlwyn Baldo lies on a gurney at the UST-Legazpi Hospital in Albay after suffering from hyperventilation in his detention cell on Tuesday night, Jan. 22, 2019 (Photo courtesy of Police Regional Office 5)

MANILA, Philippines — For failing to show up during inquest proceedings, Daraga Mayor Carlwyn Baldo submitted to the police on Wednesday a certificate of confinement, proving he remained confined at a hospital.

Police earlier arrested Baldo after several unlicensed firearms, bullets, and a grenade for use with a launcher were found in his residential compound.

Baldo, who said he had a history of asthma, was rushed to the University of Santo Tomas- Legazpi Hospital after suffering hyperventilation in his detention cell.

Senior Supt. Arnold Ardiente, chief of the CIDG in the Bicol Region, told INQUIRER.net that Baldo’s attending physician had not yet advised when the mayor could be released from the hospital.

Baldo is accused of being the mastermind of the murder of Ako Bicol Rep. Rodel Batocabe, his contender for the mayoralty post in Daraga in the May 2019 elections, and Batocabe’s police escort, SPO1 Orlando Diaz, on Dec. 22, 2018. /atm 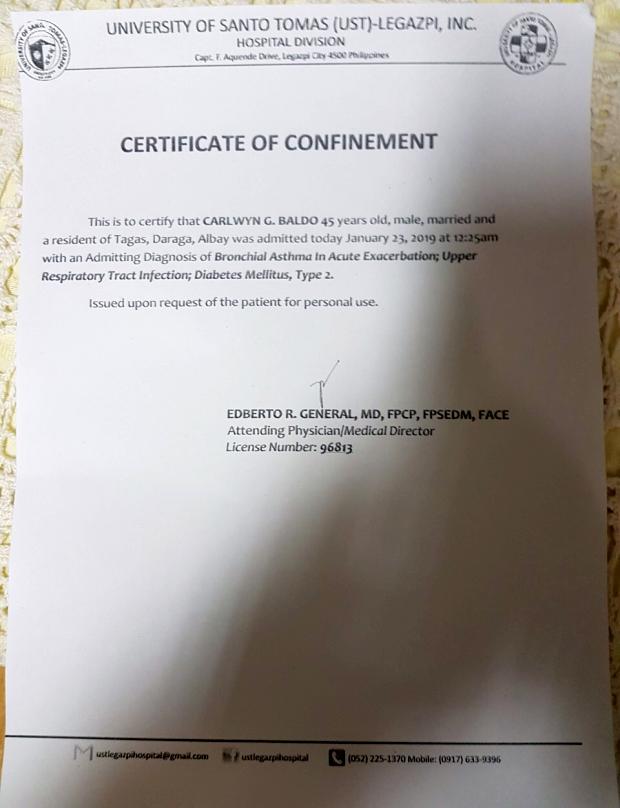