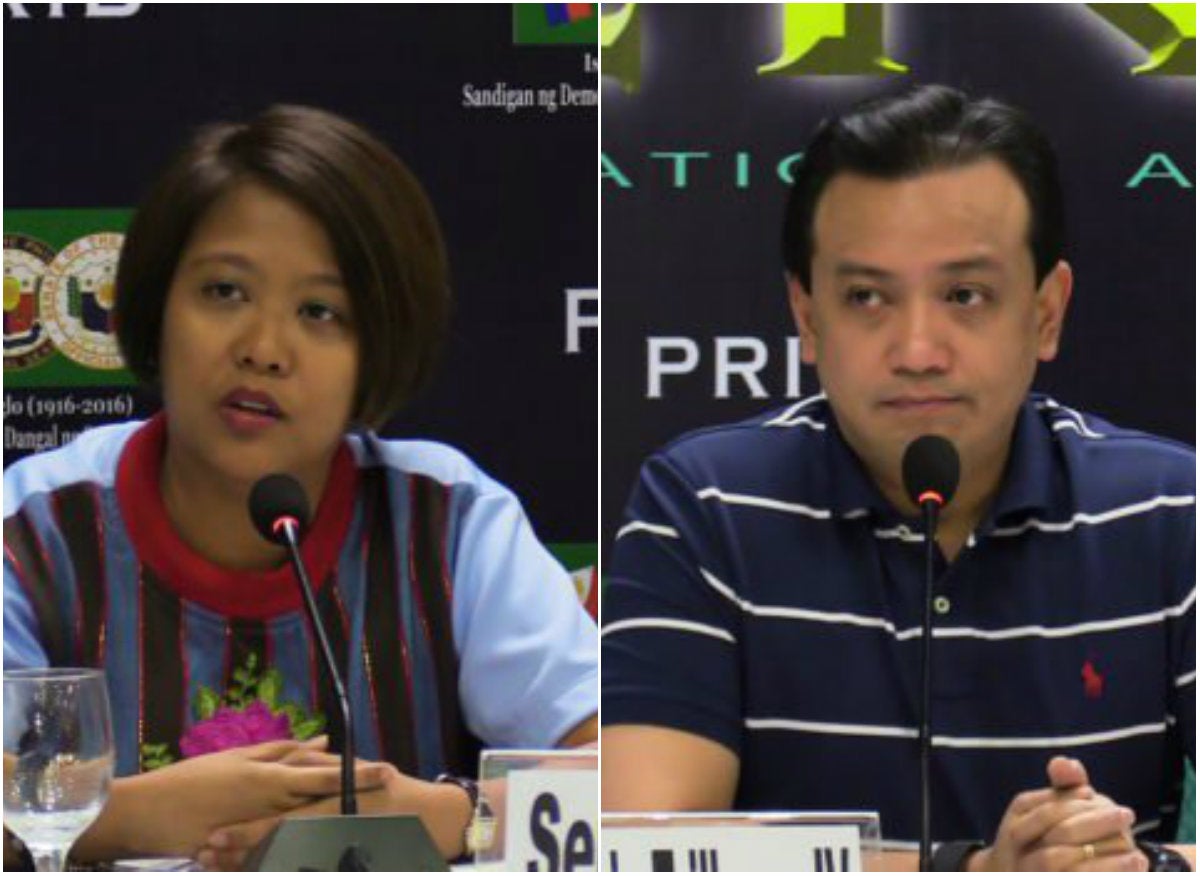 They have decided to finally put behind their differences but Senator Nancy Binay said the cases that her family has filed against opposition Senator Antonio Trillanes IV would stay.

Unknown to many, Binay and Trillanes sat down and talked for an hour at the Senate lounge before Congress went on recess on March 14.

Binay said it was Trillanes who initiated the meeting.

(He explained where he’s coming from.)

While she could not recall Trillanes saying sorry to her, Binay said the latter acknowledged that she was hurt by his allegations against her family.

(He said he can’t take away the fact that he was attacking my family and he understood my unpleasant feelings toward him.)

(I was just listening to him…we’re a collegial body. It’s an uncomfortable feeling to pretend you don’t see anyone while walking along the hallway.)

Since then, Senator Binay said she and Trillanes had stopped talking and avoided each other when they are at the Senate.

She said she accepted Trillanes’ explanation just “to keep the peace” at the session hall.

“I’ve moved on,” Senator Binay said when asked if she has forgiven Trillanes.

Asked about the cases that her family had filed against Trillanes, Senator Binay said: “Syempre tuloy lahat yun (Of course these would all push through).”

Trillanes, in a text message, said he and Senator Binay had a “very pleasant conversation.”

“I never had anything against her personally but I just respected her space all this time because I had a very bitter political feud with her father, VP Binay, a few years ago,” he said.

“But, just to be clear, we didn’t talk about the cases of her father and the libel cases they filed against me,” Trillanes added./ac