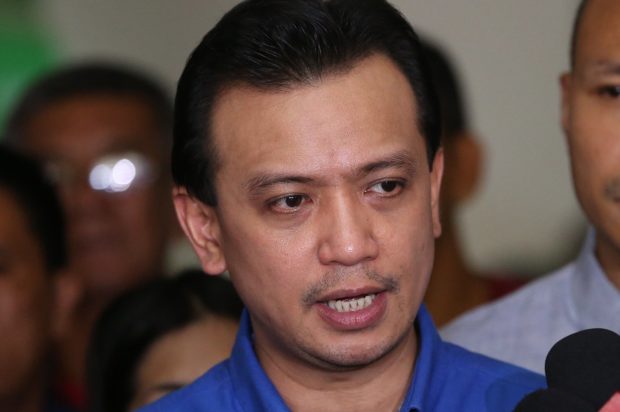 A case for libel has been filed by the Department of Justice (DOJ) before the Makati City Regional Trial Court (RTC) against Senator Antonio Trillanes IV.

The Information (charge sheet) was filed before the Makati Court Friday at around 2 p.m.

The case stemmed from the complaint filed by former vice president Jejomar Binay.

In his complaint, he accused Trillanes of defaming, maligning his reputation and causing his dishonor.

Binay cited in his complaint an article published in INQUIRER.net where the senator was quoted as saying that he will lead in exposing at a Senate committee hearing an alleged P100-million  “racket” in Makati about “ghost senior citizens” claiming benefits during the former vice president’s term as Mayor of Makati. /je