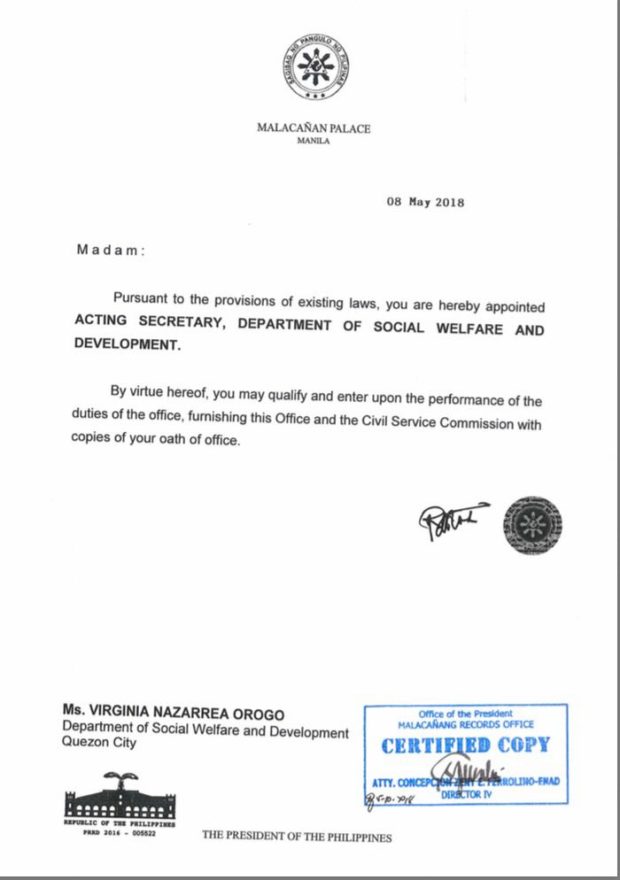 President Rodrigo Duterte has appointed Virginia Nazarrea Orogo as the acting secretary of the Department of Social Welfare and Development (DSWD).

Duterte signed Orogo’s appointment papers on May 8, but it was released to the media only on Thursday.

Orogo replaced the post vacated by Judy Taguiwalo, whose ad interim appointment was rejected by the Commission on Appointments in July 2017.

The President had earlier named Emmanuel Leyco as the officer-in-charge of the agency after Taguiwalo’s appointment was rejected. 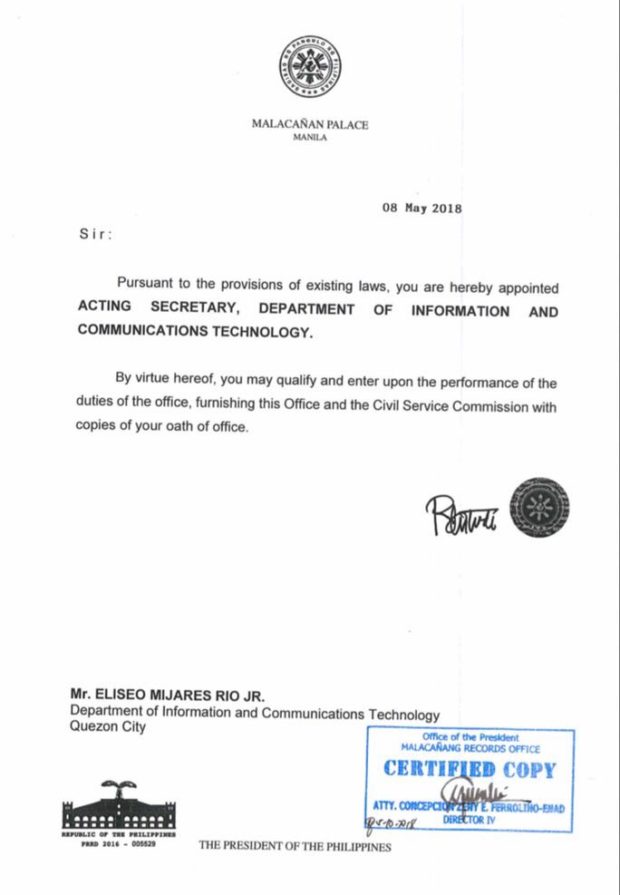 Rio took over the DICT as officer-in-charge (OIC) after then secretary Rodolfo Salalima stepped down in September 2017. /ee