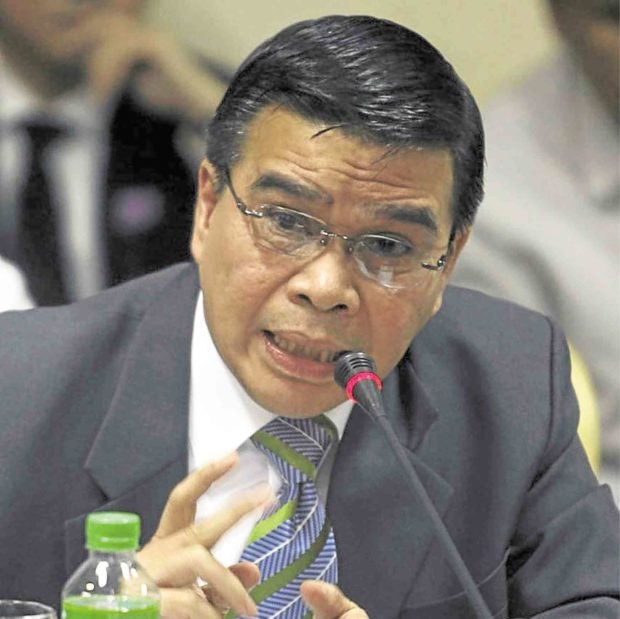 President Duterte said it was he who asked Rodolfo Salalima to resign as secretary of the Department of Information and Communications Technology (DICT) over complaints of being partial to a private company.

Salalima also failed to act on the entry of other telecommunication players in the country, the President said.

Salalima, a schoolmate of Mr. Duterte, earlier said that he resigned because of corruption and interference in the agency, and spoke of pressure put on him.

But Mr. Duterte told a different story and said Salalima had not mentioned anything about corruption to him.

“There were a lot of complaints so I whispered [to someone], I said, ‘Tell Rudy to resign,’” Mr. Duterte said.

He said he received complaints about Salalima for seemingly being partial, because he used to be a top executive of Globe Telecom.

“In one of his speeches, although I’m not saying what … he praised, he said he learned a lot [because] he came from Globe, in a meeting attended by all. You should not have said that,” he said.

Salalima had also not acted on the entry of other telecommunication companies in the country, the President said, adding that he had wanted to open up the industry to more companies to bring down service costs.

“I’m not saying he’s protecting someone, but on the other giant telecommunications of China, of Singapore, he had no action,” he said.

He was not saying Salalima was corrupt, he said.

“Actually, he lied because days before in the cabinet meeting … I’m sorry, I know him. I’m not saying you’re corrupt,” he said.

As for Salalima’s allegations of corruption in the DICT, Mr. Duterte said his former schoolmate had not mentioned this to him.

“For all the time, he never said there was corruption. Nothing at all. After the meeting, we went home. Everybody, ask all the Cabinet members,” he said.