No bail for 3 Caloocan cops in Kian slay 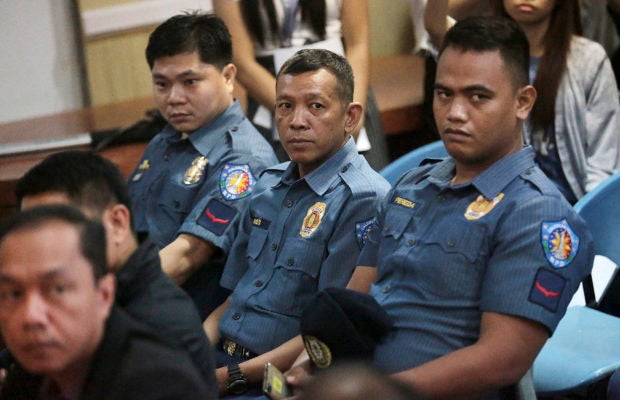 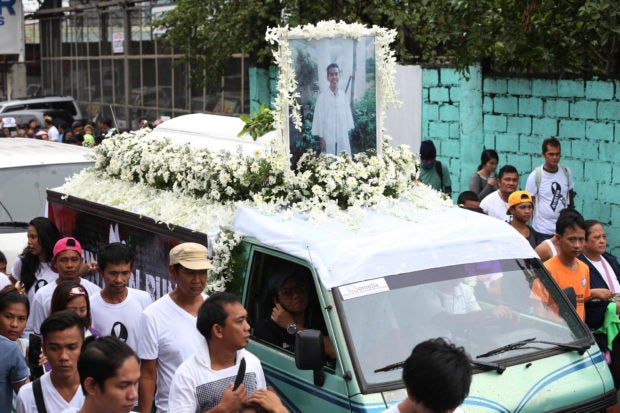 The Caloocan City Regional Trial Court on Wednesday ordered the arrest of three policemen for the high-profile killing of teenager Kian Loyd delos Santos, the first murder case in the brutal war on drugs that has killed thousands under the Duterte administration.

“We will comply with the arrest order,” said Chief Supt. John Bulalacao, spokesperson of the Philippine National Police, adding the three policemen once arrested would be transferred to a jail.

Oares, Cruz and Pereda are currently on restricted duty, having been reassigned from Caloocan’s Police Community Precinct 7 to the National Capital Region Police Office headquarters, after the teenager’s killing.

They were also charged with planting drugs and a handgun on Delos Santos, who according to the police, was shot dead while on his knees in a dark alley. His family and friends insist he had no involvement in drugs.

Also ordered arrested for allegedly planting the handgun was a police asset, Renato “Nonong” Loveras, who may post bail at P80,000.

A police report after Delos Santos’ killing described him as a drug courier.

As in nearly 4,000 killings of drug suspects by police as part of the 19-month-old crackdown, the official report said Delos Santos was killed because he violently resisted arrest and endangering officers’ lives.

Human rights groups dismiss that as implausible and accuse police of systematic executions and coverups that President Duterte not only refuses to investigate, but tacitly supports.

The Aug. 16, 2017 killing of Delos Santos, as well as that of teenagers Carl Arnaiz and Reynaldo de Guzman, sparked a big protest and led to Duterte briefly suspending PNP antidrug operations in October.

Two months later, however, he ordered police to resume raids and sting operations. Some 46 deaths have been reported in a two-month period ending Feb. 5, based on official reports.