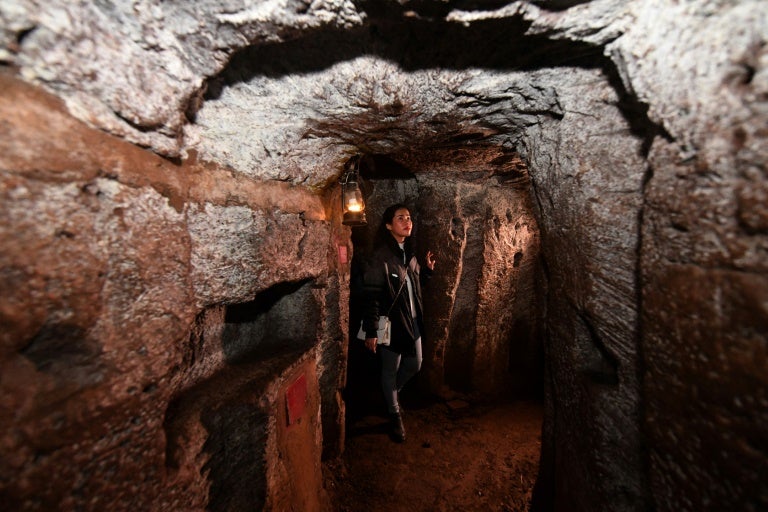 The Vinh Moc tunnels are among thousands of underground passageways built across Vietnam throughout the war. Image: Hoang Dinh Nam / AFP

American bombs rained overhead as Ho Thi Giu was born in an underground tunnel on January 1, 1968, where hundreds of Vietnamese villagers carved out subterranean lives to escape the bloodshed of the country’s brutal civil war.

Saltwater sloshed underfoot as her mother gave birth in the tunnel network in the communist stronghold of coastal Quang Tri province, just north of the Demilitarized Zone that separated North and South Vietnam during the war.

Known as the “Tet Offensive”, the surprise assault was a turning point in a war eventually won by the communist North.

Yet fighting carried on for years before American troops finally withdrew.

During that time some villagers in Quang Tri took up arms against the US-backed south.

But others stayed behind to build the elaborate Vinh Moc tunnel network — mostly by hand — as a refuge from the bombing.

Giu and her mother spent the next two years living 15 meters (49 feet) below ground, alongside up to 600 people. Thousands of other villagers were evacuated from the area.

The Vinh Moc tunnels are among thousands of underground passageways built across Vietnam throughout the war, including the massive Cu Chi tunnels in Saigon, where Viet Cong guerrillas took shelter beneath the former Southern capital, which was renamed Ho Chi Minh city after the war’s end in 1975.

Most of the tunnels were destroyed by American bombs, but a few like Vinh Moc are intact and now attract hordes of tourists, many of whom marvel at the cramped conditions.

“My mum told me it was difficult because we lacked so many things, from food to everyday supplies,” said Giu, whose father was a Viet Cong fighter. 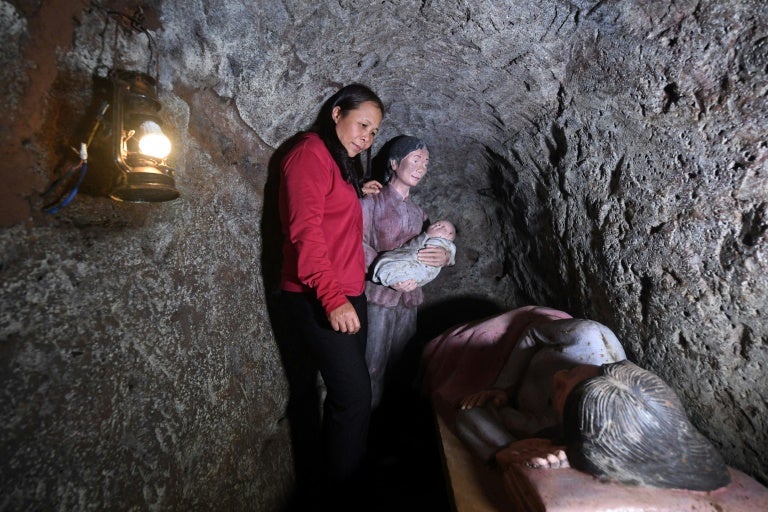 There was only one kitchen and one bathroom, and just a few oil lamps to light the tunnel’s dark and narrow passageways.

Villagers tried to chisel out normal lives, making space for classrooms and medical care, and even a common area where residents would gather to sing to drown out the noise of the bombs overhead.

Giu was one of 17 babies born in the tunnels, which also featured 23-meter-deep bomb shelters.

But despite the occasional musical respite, life in the tunnels was often grim.

“My legs were always swollen and my vision suffered… some men got scabies. That was regular during life in the tunnels,” said Nguyen Tri Phuong, who was just 14 years old when he joined some 250 locals to dig the one-kilometer long network.

Personal hygiene was non-existent and residents struggled to wash their clothes and dispose of human waste, said Phuong, a former Viet Cong fighter who guarded the tunnels during the war.

One of his fondest memories is helping an injured Viet Cong comrade who was brought into the dank tunnels for medical treatment.

“It’s a miracle that me and other comrades are still alive,” Phuong, 65, told AFP, before revisiting the small cave he used to live in.

“I’m very proud that I helped build this tunnel during the war with comrades and locals, especially for young people to see today”. AB

Jerusalemites show a leg for worldwide ‘No Pants’ ride