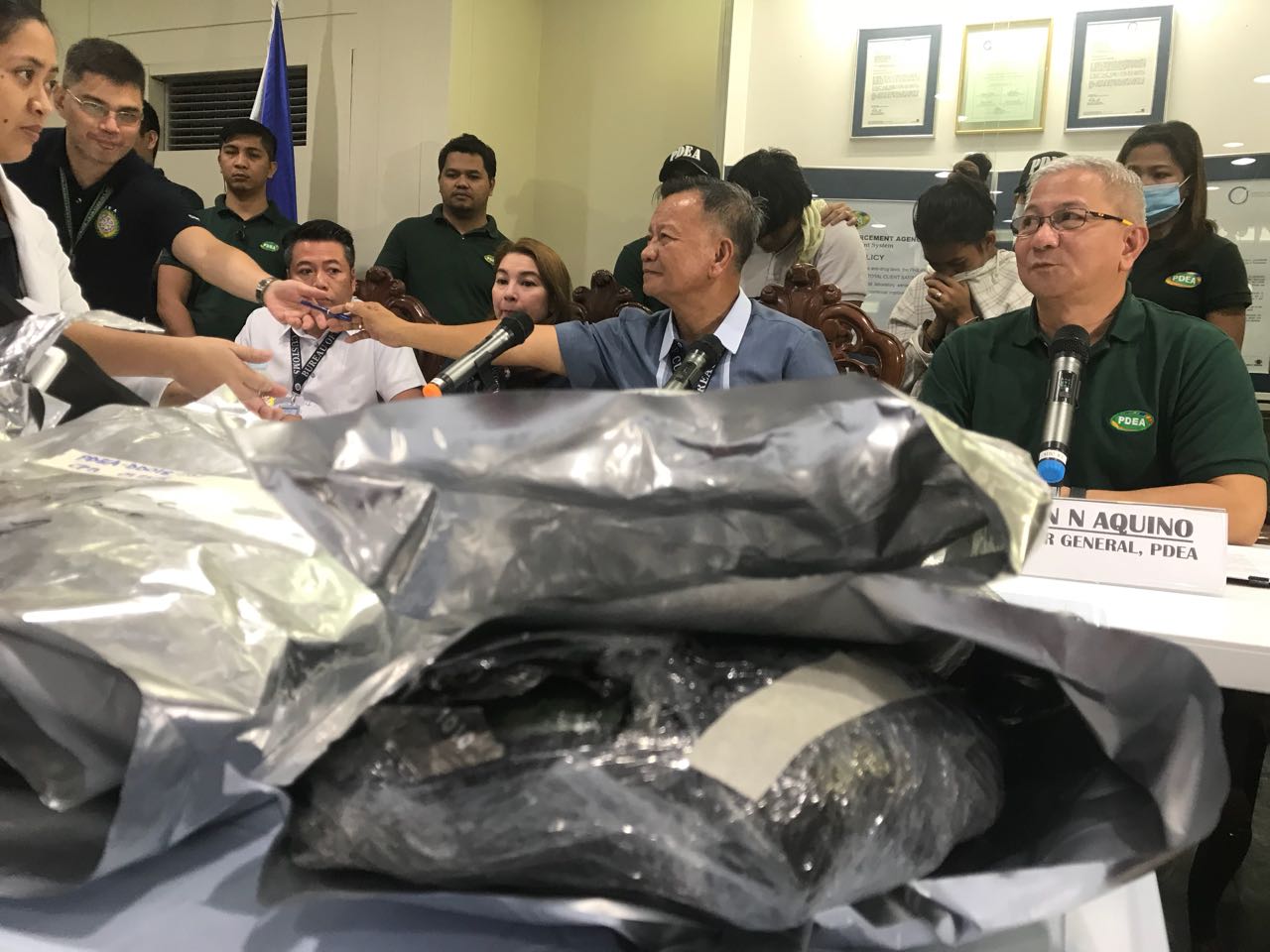 PDEA Director Aaron Aquino (right) presents to the media P34 million worth of crystal meth (shabu) believed to be shipped into the Philippines by the powerful Mexican Sinaloa drug cartel. JHOANNA BALLARAN/INQUIRER.net

The Philippine Drug Enforcement Agency (PDEA) and the Bureau of Customs (BOC) has seized a total of P34 million worth of crystal meth (shabu) in an anti-illegal drug operation in Trece Martires, Cavite.

The drugs were suspected to be smuggled by the Mexican Sinaloa drug cartel from California into the country, PDEA Director General Aaron Aquino said in a press conference on Thursday.

The seized illegal drugs weigh about 6.89 kilograms with an estimated value of P34.45 million.

The packages were shipped by a certain Christiano Lozano and Robert Gutierrez from California, and consigned to Leonel Adriano Romero and Raymund Cruz Miranda of Trece Martirez, Aquino said.

Aquino said that the PDEA, through Mark Anthony Viray, an agent of the International Cooperation and Foreign Affairs Service (ICFAS), learned of the shipment on Tuesday after being informed by Steven Sampilo, Assistant Attaché of Homeland Security Investigations of the United States Embassy.

The PDEA chief said that they were informed that two packages suspected to contain shabu similar to the packages were seized from the same shipper in Baldwin Park, California.

Both packages contained another three packages inside, Aquino said as he showed to the media the parcel.

Each package was wrapped with eight layers of aluminum foil in the outermost layer, a cling wrap, carbon paper, a sticky green substance, a vacuum-sealed plastic bag and tissue paper in the innermost layer where the drugs was placed.

Aquino said that the drugs would likely be distributed among the slum community where illegal narcotics were found.

(If you would see the place, it’s a squatter’s area, a slum area, where the consignee’s address is located. And definitely, it is were they would distribute the drugs.)

The anti-drug chief said that the PDEA had assessed that the drugs were smuggled by the infamous Sinaloa cartel because there is a group in the U.S. involved in shipping illegal substances.

“It’s up to the US DEA to investigate,” Aquino added. /je