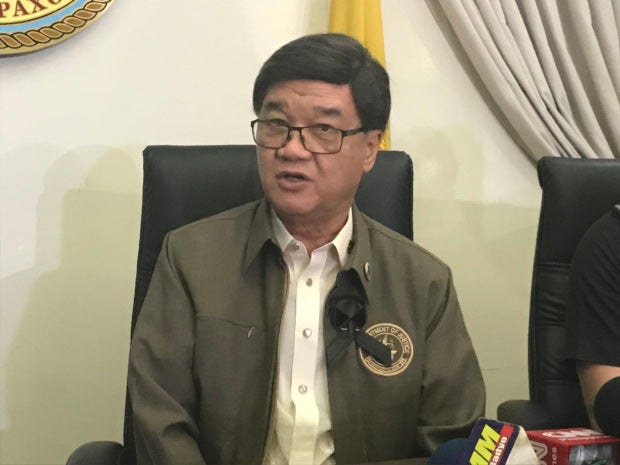 Justice Secretary Vitaliano Aguirre II has ordered the National Bureau of Investigation (NBI) to investigate the double-murder of a seaman’s wife and daughter in General Trias City, Cavite.

Aguirre on Thursday signed a department order instructing the NBI to conduct an investigation and case build-up on the deaths of Ruby Gamos, 34, and daughter Shaniah Nicole, 7.
READ: Killer in Cavite double-murder possibly known to victims — police

The justice chief also ordered NBI Director Dante Gierran to regularly submit a progress update of the investigation to his office.

The two were found dead inside their home at Kensington, Barangay Navarro last Tuesday, Dec. 12. According to police, Gamos died from a blow to the head, while Shaniah Nicole was choked to death.

The incident, Tafalla said, was reported to the police on Monday afternoon after a relative discovered the victims’ bodies inside their house.

Tafalla told radio dzMM on Thursday that “there is a huge possibility” that Gamos and her daughter knew their killers since investigators did not find any sign of forced entry at their house.