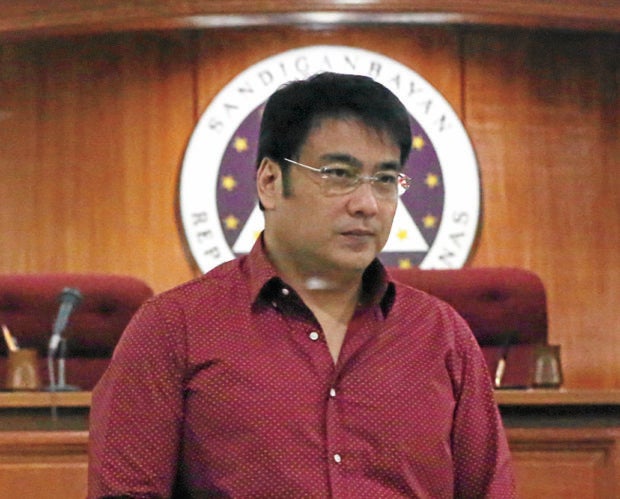 Former senator Ramon “Bong” Revilla Jr. is set to face graft trial on 16 counts over the alleged anomalous disbursement of his P517 million pork barrel funds which were allegedly spent on ghost projects.

During the scheduled pre-trial on Thursday, the court terminated the graft pre-trial, paving the way for the start of the trial proper which the court scheduled to start on Oct. 5.

In an ambush interview after his plunder trial scheduled the same day, Revilla seemed to have accepted the reality that he will have to go on trial this time involving his 16 counts of graft for violation of Section 3(e) of the Anti-Graft and Corrupt Practices Act over the alleged anomalous disbursement of his Priority Development Assistance Funds.

Revilla said with the defense of his lawyer, the legal eagle and former solicitor general Estelito Mendoza will ensure his speedy release from detention.

Since surrendering in 2014, Revilla has been detained at the Philippine National Police Custodial Center for three years already.

Mendoza called their testimonies “void” and “irrelevant,” especially because the Ombudsman probers who interviewed these local officials “misled” them into believing that the ghost projects were sourced from Revilla’s PDAF.

Mendoza said it was accused pork barrel mastermind Janet Lim-Napoles who misappropriated the PDAF for personal gain, and not Revilla.

“That’s why we contend that the entire testimony is void because they misled the interviewee, that it’s Revilla giving these projects to them! These ghost projects enabled Napoles to misappropriate PDAF proceeds for her personal gain, not Revilla’s. That’s why we contend that these testimonies are irrelevant as far as Revilla is concerned,” Mendoza said.

Revilla surrendered and was detained at the Philippine National Police Custodial Center in 2014 for plunder for allegedly pocketing P224.5 million in kickbacks from his PDAF in the scheme of using the pork barrel fund in ghost projects by mastermind Napoles. JE