Faeldon in fighting form vs foes: ‘Shame on you’ 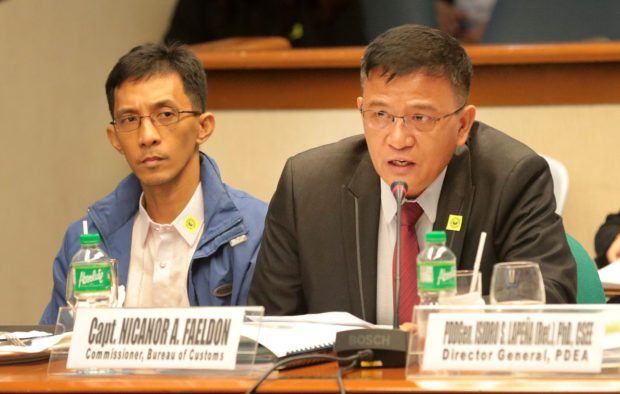 A fiercer Customs Commissioner Nicanor Faeldon has this to say to government officials who make unreasonable requests to his office, including the promotion of some bureau employees.

“I am appealing to you. You know that your request is a form of corruption but you insist and magagalit pa kayo (you even get mad)… Shame on you. Stop it,” Faeldon said during a briefing in Manila Wednesday.

Faeldon, however, refused to identify the government officials he was referring to.

“I do not want to humiliate anybody. We are all workers in the government but I am appealing to you. Stop it. Stop it because it doesn’t do anything good to this country. Alam niyo na mali ‘yan (You know that that is wrong). Don’t mess (around). This is a very corrupt bureau and you are making it more corrupt. Please stop it,’ he said.

Apart from promotions, Faeldon said there were also those requesting for some employees to be reassigned to a specific office of the BOC.

Earlier, one of Faeldon’s aides, lawyer Mandy Anderson, made the headlines after she called Speaker Pantaleon Alvarez an “imbecile” for supposedly pushing for the promotion of an employee who she said was “unqualified.”

Faeldon: I wanted to quit