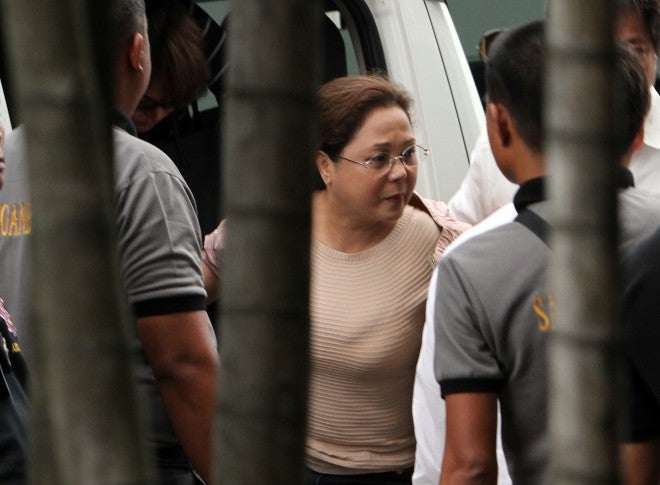 In her motion for Tang’s recusal, Reyes said she is also adopting the motion for inhibition Enrile filed against Tang.

Enrile, the main suspect in the plunder case, hinted that former president Benigno Aquino III’s appointment of Tang as top anti-graft justice might have influenced her decision-making in the pork barrel scam case.

In her motion, Reyes said the court pre-determined her guilt in its March 2016 resolution that denied pork barrel scam mastermind Janet Lim-Napoles’ appeal on the denial of her bail petition.

Reyes said the court “made specific findings of guilt” against her even as she was not party to the bail hearings of Napoles.

In that resolution, the court said there is no direct evidence to show Enrile received the alleged kickbacks from Napoles, but there is “more than compelling evidence” Reyes received Enrile’s share from the alleged agent Ruby Tuason.

“Thus, the receipt by Atty. Reyes, who was likewise a public officer at the time material to this case, of the said ill-gotten wealth is strong and unrebutted evidence that the crime of plunder was indeed committed and that accused Napoles played a stellar but perfidious role in this grand conspiracy,” the court then said.

Reyes said the court under Tang’s chairpersonship prejudiced her at a proceeding where she was not even a party to the petition, thus violating her right to be presumed innocent.

“In thus making specific findings of culpability against accused Reyes… the Honorable Chairperson allowed accused Reyes to be prejudiced in a proceeding in which she did not participate and was not heard at all, in violation of the fundamental tenets of due process of law; and placed accused Reyes in a perilous position where she is presumed guilty and compelled to prove her innocence, in contravention of her basic right to be presumed innocent under the Constitution,” her motion read.

The court denied Reyes’ bid to benefit in Enrile’s bill of particulars because Reyes was not party to that case, even though the Supreme Court clearly said Enrile and his co-accused may avail of the bill of particulars, Reyes’ motion stated.

“With due respect, the Honorable Chairperson cannot unilaterally choose and apply handpicked portions of the Supreme Court decision in the Enrile case to accused Reyes whenever convenient and supportive of her position, and jettison and cast aside other equally important portions of the same decision when they are contrary to her stance,” her motion said.

Reyes sought Tang’s recusal as the court earlier ordered simultaneous hearings to tackle her bail petition and her trial for plunder.

While Enrile was allowed by the Supreme Court to post bail, Reyes, who was accused of serving as Enrile’s agent, remains detained in Camp Bagong Diwa in Taguig since her surrender in 2014.

Reyes was rumored to have had an affair with the elderly Enrile during his Senate days.

In its resolution denying the bail motion of Napoles, the Third Division said there was “compelling evidence” Reyes received the kickbacks for Enrile from Napoles.

The court gave credence to the testimony of socialite Tuason that she delivered Enrile’s share of kickbacks from Napoles to Reyes.

“The information in this case alleges that Senator Enrile and Atty. Reyes conspired with each other ‘and with Janet Lim-Napoles’ in amassing, accumulating and acquiring ill-gotten wealth,” it added. JE