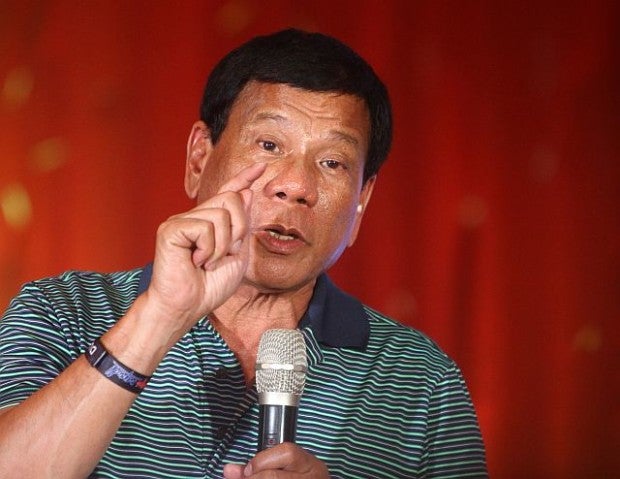 President Rodrigo Duterte has told the government peace panel the terms he wanted to see in the bilateral ceasefire agreement with the communist rebels.

Presidential spokesperson Ernesto Abella, quoting undersecretary Nabil Tan of the Office of the Presidential Adviser on the Peace Process (OPPAP), said Duterte wanted “clear parameters or Terms of Reference for the Ceasefire”

Aside from clear parameters, the President wanted the following:

In a Palace briefing on Friday, government chief peace negotiator Silvestre Belllo III said Duterte wanted a bilateral ceasefire with the Reds as the government and the NDF is set to start the fourth round of peace talks in April.

“He (Duterte) only had one marching order, ‘get me a ceasefire agreement,’” Bello told reporters.

The government peace panel and NDF peace negotiators are set to meet from April 2 to 6 in The Netherlands.

Both the Philippine government and the communist rebels have announced they would not be declaring a unilateral ceasefire prior to the resumption of talks, contrary to CPP’s earlier pronouncement that it would revive its canceled truce before March ends.

READ: Gov’t says no ceasefire with Reds before fresh round of talks | NDF echoes gov’t decision not to declare ceasefire before talks

Bello, however, said a signed bilateral ceasefire agreement would be a priority during the talks as both panels  would be to continue the matters discussed during the first three rounds of talks.

“We will discuss and hope to arrive at a consensus on a bilateral ceasefire to end the hostilities on the ground,” he said.

“Mostly, the discussion will be on socioeconomic reforms, which we call the heart and soul of the peace process, which is intended to address the root causes of the armed conflict,” he added. IDL