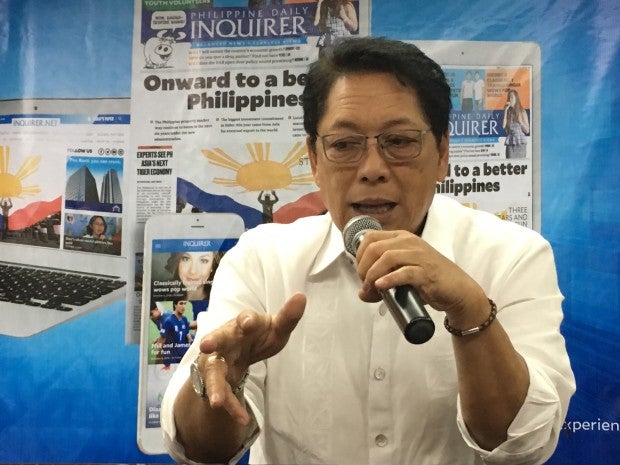 The government is not keen on declaring a unilateral ceasefire before the fourth rounds of talks with the National Democratic Front (NDF) in the Netherlands next month.

“Right now, there is no reason to declare a unilateral ceasefire because our President is more interested in obtaining a bilateral ceasefire agreement,” government chief negotiator Silvestre Bello III told reporters in a Palace briefing on Friday.

Bello said the refusal of the government to declare a unilateral ceasefire won’t be an obstacle to the upcoming peace talks.

“The government panel is prepared to hold the fourth round of talks again with the National Democratic Front this time in The Netherlands. And this will be on April 2 to 6,” he said. “The panel will continue to traverse the road to peace despite its humps and bumps and curves in order to bring about an enduring peace and to unite our people for nation building.”

The Communist Party of the Philippines (CPP) earlier said it was set to declare a unilateral ceasefire not later than March 31 (today, Friday) before the resumption of the peace talks.

But Bello said  NDF chair Fidel Agcaoili wanted the government and the NDF to jointly declare a unilateral ceasefire.

“We will discuss and hope to arrive at a consensus on a bilateral ceasefire to end the hostilities on the ground,” he said, referring to the upcoming peace talks.

The Cabinet official said the government would “continue to be steadfast in our efforts and resolute on our purpose in putting a closure to the armed conflict.”

“We owe this to our people. Our millennials deserve it,” he said.

The agenda of the talks, he said, would be to continue the matters discussed during the first three rounds of talks.

“Mostly, the discussion will be on socio-economic reforms, which we call the heart and soul of the peace process, which is intended to address the root causes of the armed conflict,” he said.

He admitted that the latest installment of talks would be “very, very, very difficult and exacting” but the government would remain “persistent in advancing the cause of peace as inspired by our President’s determination to unite our people.”

“The President has walked an extra mile for peace and with the initiatives he has taken, the table is laid for achieving a just, inclusive and lasting peace in our country,” he said. IDL/rga