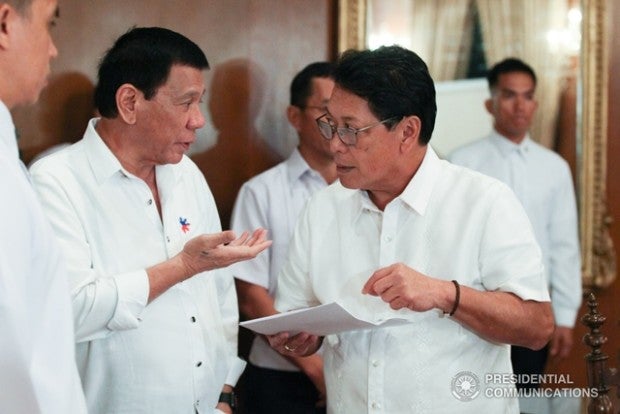 Get me a bilateral ceasefire agreement.

That was the marching order of President Rodrigo Duterte to government chief negotiator Silvestre Bello III as the government and the National Democratic Front (NDF) is set to start the fourth round of peace talks in April.

“Isa lang ang marching order niya (he only had one marching order), ‘get me a ceasefire agreement,’” Bello told reporters  in a Palace briefing on Friday.

Bello and Duterte met on Monday to discuss about the upcoming peace talks.

He said he was optimistic that a bilateral ceasefire agreement between the government and the NDF will be signed after the fourth round of talks from April 2 to 6 in The Netherlands.

“(I)t will be the first item on our agenda. And we have already an exchange of drafts as to the terms and conditions and parameters of the agreement,” he said.

“(W)e will discuss and hope to arrive at a consensus on a bilateral ceasefire to end the hostilities on the ground,” he added.

READ: Gov’t says no ceasefire with Reds before fresh round of talks

During the talks, Bello said matters like the definition of buffer zones, the cancelation of revolutionary taxes and the choice of referee would be discussed.

“(V)ery important din diyan sa (also in the) bilateral ceasefire agreement is the choice of the referee. We were for a while under the impression that our third party facilitator, the Royal Norwegian Government would be willing to be the referee,” he said.

He said matters discussed during the first three rounds would be further tackled.

“Mostly, the discussion will be on socioeconomic reforms, which we call the heart and soul of the peace process, which is intended to address the root causes of the armed conflict,” he said.

Bello admitted the talks would be “very, very, very difficult and exacting” but the government would remain “persistent in advancing the cause of peace as inspired by our President’s determination to unite our people.”