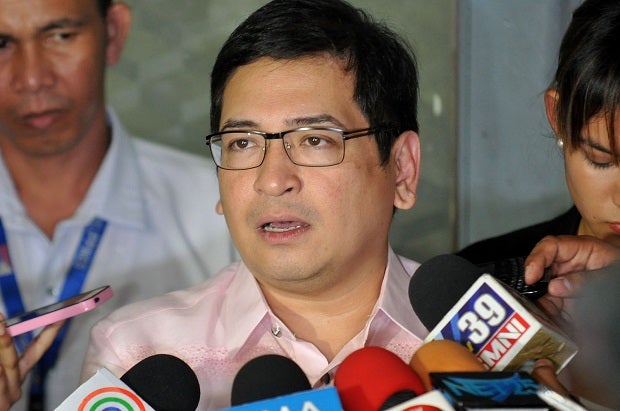 A lawyer who is mulling an impeachment complaint against Vice President Leni Robredo downplayed the spate of extrajudicial killings in the administration’s war on drugs.

In a press conference on Thursday, Atty. Bruce Rivera said the reported 7,000 number of extrajudicial killings in the media is “bloated” and a “sweeping generalization.”

Rivera served as the lawyer of accused pork barrel scam mastermind Janet Lim-Napoles in the her serious illegal detention case for which she was convicted and sentenced to life imprisonment.

Rivera said this figure is bloated with the number of so-called “deaths under investigation” which do not only include those summarily killed and dumped on the streets as widely reported in the media.

“The 7,000 extrajudicial killings, those are sweeping words or generalizations. If you look at it from the PNP (Philippine National Police) point of view, it’s farthest from the truth,” Rivera said.

The lawyer added that the term extrajudicial killings is not properly defined, and thus it could include other killings not necessarily connected with the drug war.

(Those extrajudicial killings include those killed maybe because of toothache, or because of stabbing due to a lover’s quarrel, or maybe even over DOTA. It covers everything.)

Interior Assistant Secretary Epimaco Densing III clarified that of the 7,000 fatalities being reported in the administration’s drug war, around 2,500 were killed in legitimate police operations, while the 4,500 “deaths under investigation” were not related in the drug operations.

“We’ve been telling them all along that’s not the data being reported to the international community,” Densing said.

To which Rivera remarked: “Na kinakain ng media rin (Which the media readily consumes).” A handful of supporters nearby cheered Rivera and raised their fists in support.

Actress Vivian Velez was also present during the press conference. She was heard saying of the reported number of extrajudicial killings: “That’s a wrong figure!”

Meanwhile, there were 2,602 slain drug personalities in police operations during the period of July 2016 to January this year, the PNP said.

Rivera lamented that rabid online supporters of the President are being branded as pioneers of fake news, when Vice President Robredo herself told the international community in the United Nations about a so-called “palit-ulo” scheme in the drug war, an allegation the police has denied.

(We are accused of spreading fake news, as progenitors of fake news. But the vice president is going around the world… telling about news we are not sure if true or verified.)

Atty Trixie Cruz-Angeles said it was Vice President Robredo herself who is spreading fake news about the palit-ulo scheme.

Angeles was earlier suspended by the Supreme Court for three years for violation of the Code of Professional Responsibility for receiving legal fees for an annulment case without filing the petition.

Impeachment moves against Robredo gained traction since Magdalo Rep. Gary Alejano filed an impeachment complaint against President Rodrigo Duterte for the latter’s alleged hand in the vigilante killings by the Davao Death Squad and the spate of extrajudicial killings at the height of his administration’s war on drugs, as well as his alleged P2.2 billion hidden wealth.

Alvarez led criticisms that Robredo was behind the impeachment, noting that the filing of Magdalo’s impeachment complaint coincided with her message to the United Nations Commission on Narcotic Drugs blasting the administration’s narcotics war.

Alvarez said he would still push through with his impeachment, even though Duterte thumbed down the move and that Robredo’s criticisms form part of her freedom of expression.

In her video to the United Nations, Robredo exposed the alleged “palit ulo” scheme where poor families were rounded up by the police who would then demand that relatives would be taken in exchange for the accused drug personalities if the latter were missing.

The first impeachment complaint was endorsed for the Speaker’s support by Marcos loyalists Oliver Lozano and Melchor Chavez. IDL/rga

‘Let her be,’ Duterte tells people who want Robredo impeached