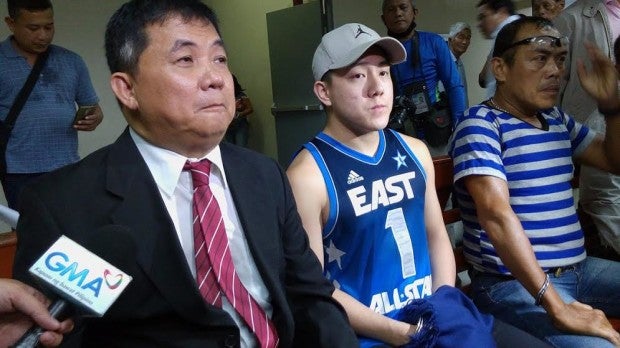 The Cebu City Prosecutor’s Office set the bail for his temporary liberty at P144,000 for two criminal charges in relation to the shooting and wounding of nurse Ephraim Nuñal following a traffic altercation last Sunday.

Assistant Prosecutor Ma. Theresa Casiño found probable cause to charge Lim, 28, and a scion of one of the wealthiest families in Cebu, with frustrated homicide and illegal possession of ammunition at the Regional Trial Court and set the bail at P120,000 and P24,000, respectively

Upon the advice of the counsel of the victim’s family, the police originally filed frustrated murder charges against Lim.

But Casino downgraded the case to frustrated homicide since no proof was shown to support the claim Lim was treacherous in shooting Nuñal in the left thigh and right ankle.

“A judicial examination of the evidence at hand would show that there is no sufficient basis to prove the existence of any of the circumstances stated therein (murder case),” said Casiño, whose resolution was approved by Cebu City Prosecutor Liceria Lofranco-Rabillas.

As of 1 p.m. on Thursday, Lim was heading to the Cebu City Hall of Justice to post bail so he could go home.

“We’re happy and thankful with the ruling. I’m optimistic that this case won’t prosper in court. But it’s not the word that doubts but the evidence behind the case,” said Lim’s lawyer, Orlando Salatandre Jr.  SFM/rga