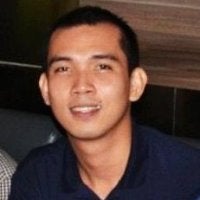 The Department of Health (DOH) and Health Alliance for Democracy (HEAD) on Friday condemned the killing of Dr. Dreyfuss “Toto” Perlas, a municipal health officer of Sapad town in Lanao Del Norte, and called for justice for him.

“We deeply mourn the loss of Dr. Dreyfuss Perlas, who was one of the few doctors who dared to work in difficult and underserved communities,” the DOH said in a statement.

“The DOH deplores this act of violence. We lost a worthy public servant at a time when there is greater need for their unselfish dedication to duty,” it added.

Perlas, 31, was heading home on board his motorcycle last Wednesday night when he was shot by unidentified assailants.

He was a volunteer under Doctors to the Barrios (DTTB) program by the DOH and is well-loved by the community.

“The DOH is extending its condolences to Perlas’ family and vows to support efforts until justice is served,” the agency said.

Meanwhile, HEAD called on the government, the DOH and the local government to thoroughly investigate the incident, go after the victim’s attackers and accord them due penalty.

“Justice for Dr. Drey can also be served best if the government can assure the continuity of health services in the communities that he left and by addressing all obstacles to the delivery of health services including a secured environment for our health providers especially the volunteer doctors and nurses to the underserved areas,” HEAD Secretary General Dr. Joseph Carabeo said in a separate statement.

“While there will be chilling effects on present and future volunteers, we will not let this incident be used by the DOH to downsize further target volunteers and cut its budget allocation as it did in 2017, allegedly because there are few takers,” Carabeo added.

He urged the DOH to assert its “protective, assuring, and influencing role for the unrestricted delivery of service by its personnel.”

HEAD called Perlas and health volunteers “heroes” and said that it will continue to exalt and support the latter as they continue to serve in various difficult communities and “dare turn their backs to the lure of lucrative practice in the city or abroad.” RAM/rga