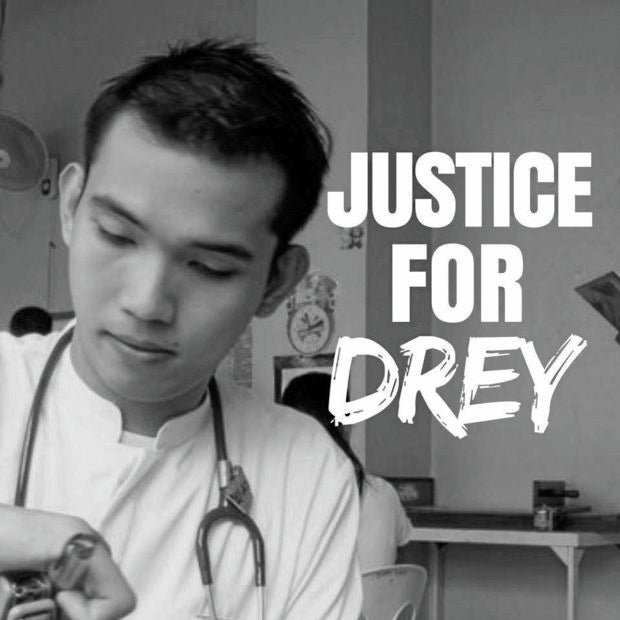 KAPATAGAN, Lanao del Norte — A poor municipality in Lanao del Norte lost its health officer after an unidentified assailant shot the popular and well-loved doctor as he was heading home on his motorcycle on Wednesday night, police said.

Dr. Dreyfuss “Toto” Perlas of Sapad municipality was driving through Barangay Maranding Annex in Kapatagan on his way to Lala town around 7:30 p.m. when he was shot, said Kapatagan police chief Senior Insp. Melvin Loquinte.

Perlas died at the Lanao del Norte Provincial Hospital in nearby Baroy town from a single bullet that pierced his heart after it hit him on the left side of his back, police investigator SPO2 Michael Patalinghug said.

Loquinte told the Inquirer that witnesses thought the motorcycle rider, whom they recognized later as Perlas, had suffered a heart attack when he slumped on the road.

Loquinte said police still had no description of the assailant, but it was apparent Perlas had been tailed.

Dr. Anjuli May Jaen, president of Batch 30 of the Doctors to the Barrios (DTTB) program to which Perlas belonged, said he had been receiving threats from unknown individuals. She did not elaborate.

News of Perlas’ killing spread immediately and so did calls for justice for the DTTB volunteer.

“He was a big [loss] for us, a big [loss]!” Sienes said. “He saved a lot of people, he exerted a lot of effort to improve the system of health care in our municipality.”

In a statement, Perlas’ DTTB batchmates “condemned to the fullest the barbaric act of the assailant.”

Perlas, 31, the eldest of two siblings, was a native of Batan town in Aklan province. He was a biology graduate of the University of the Philippines in Los Baños in 2007 and earned his medical degree from the West Visayas State University in Iloilo City in 2011.

As a scholar of the Department of Health, he was required to render two years of government service. He volunteered in the DTTB program, which was initiated by the late Senator and Health Secretary Juan Flavier in the 1990s.

Perlas was assigned to Sapad from 2012 to 2014 and was known for travelling solo to remote villages to conduct medical checkups. He opted to remain in the town, which had no municipal health officer for 12 years, after his stint.

“It was so painful. He chose to serve the poor and this tragedy befell him,” his father, Batan Councilor Dennis Perlas, told the Inquirer by phone on Thursday.

His younger sister, Louella Perlas-Patricio, said the family had worried about his safety and asked him to apply for a transfer.

“But he wanted to stay there because he had learned to love the community and did not want to leave the work he had started,” she told the Inquirer by phone.

“I cannot accept that my brother is gone. He must have justice,” she said.

She and her father were at the Mactan, Cebu, airport on their way to Sapad.

In a statement, his classmates at the UP Visayas High School remembered the six-foot-three Perlas as a “gentle giant.”

“He served the community, the people, with both honor and pride. On March 1, 2017, we lost a humble doctor, an admirable public servant, an unsung hero, a beloved friend. Thank you, Drey. Your courage and your compassion will never be forgotten,” the statement said.

To take advantage of his height, Perlas wanted to play basketball “but apparently the (sport) was not attracted to him,” his sister said in jest.

Instead, Perlas turned to reading, painting and singing in the school choir, she said.

Sienes of Sapad added that many of her townmates loved the young doctor and “a lot of people [salute] him [for being] the Superman Doctor in our place.”

Mikka Insik, another Sapad resident, remembered Perlas giving her a ride on his motorcycle when once she didn’t have money for fare to Kapatagan.

“He was so kindhearted,” Insik said. “It’s really painful to us who knew him. I just chatted with him yesterday (Tuesday).”

1st Lt. Marloue Decin of the Army’s 15th Infantry Battalion said his troops worked with Perlas during a medical mission in the remote village of Karkum in Sapad on Tuesday.

“His death was a great loss for us and for the medical team of the province, who served and attended to the health needs of Muslim and Christian communities in Sapad,” Decin said.

Other DTTB volunteers also praised Perlas for his decision to remain in Sapad.

“Despite hailing from Aklan, he was deployed half a country away to Lanao del Norte — terra incognita for most of us. However, while many of us moved on to other professional endeavors … he chose to stay in the rural community he served. The community he grew to love,” Dr. Jorrel Vincent Valdez said on Facebook.

Dr. Reygene Caratiquit, Perlas’ colleague and batchmate, called on the government to review the DTTB program, particularly the safety of medical workers deployed to remote and poor communities.

“He was one of the few who chose to stay and be absorbed in his community … to serve and help the poor and the sick, to help improve the health indicators,” said Caratiquit, who is now based in Quezon City.

Dr. Jordan Pinzon, who was assigned in Salvador town near Sapad, said Perlas was well known in the community.

In a Facebook post, Pinzon said Perlas would personally fetch mothers and their newborn babies from the hinterlands to take them to the health center. In some cases, Perlas paid for the ambulance and other hospital fees that patients could not afford.

“Doctors who choose to go into rural service away from their comfort zones are rare; but among (those) doctors, your kind is far rarer,” Pinzon said. WITH REPORTS FROM NESTOR P. BURGOS JR., JULIE ALIPALA AND MARICAR CINCO