Vehicle in road rage incident turned over to QC police 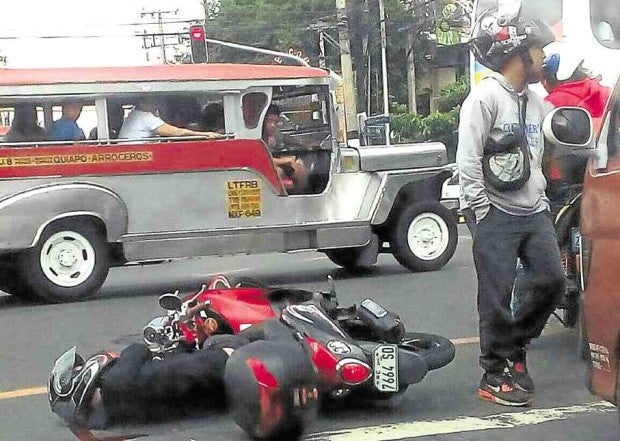 The white Toyota Land Cruiser involved in a road rage incident over the weekend was turned over to the Quezon City Police District (QCPD) on Tuesday afternoon.

The vehicle, with plate No. AHA 3458, was surrendered to the authorities upon the instruction of lawyer Mark Petriarca, legal counsel of the driver and suspect Fredison Atienza.

Atienza allegedly shot dead Anthony Mendoza, 27, after a brief altercation on the road.

A certain Alfamil Yap, reportedly a friend of the suspect, drove the Land Cruiser to QCPD Headquarters in Camp Karingal around 4:20 p.m.

There are still no signs whether Atienza will surrender to the authorities anytime soon. JE

‘Help me find my fiancé’s killer’