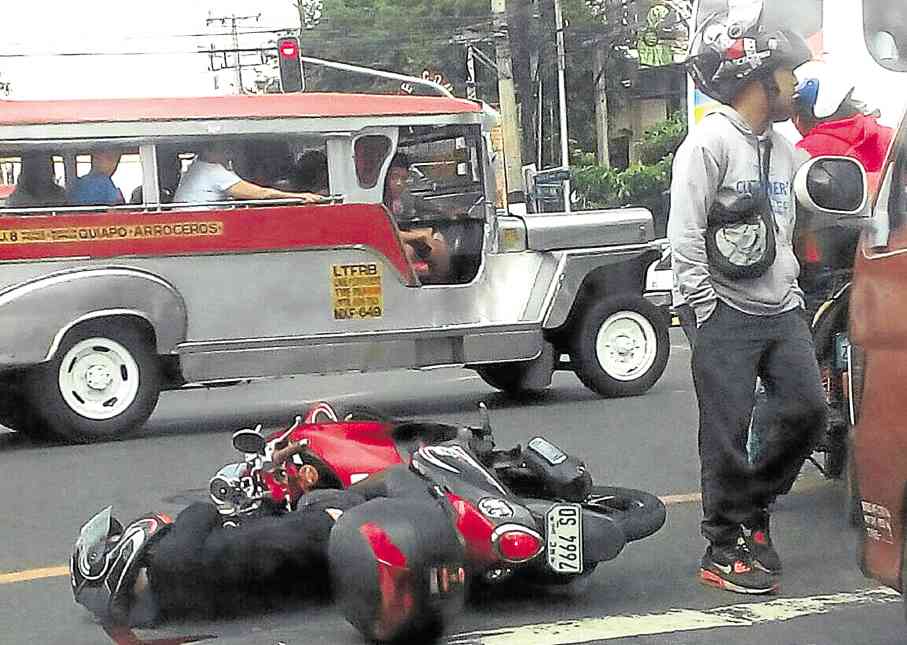 An information technology professional was shot dead by the driver of a sport utility vehicle (SUV) in a traffic altercation on Saturday afternoon in Quezon City.

The death of 27-year-old Anthony Mendoza has prompted a manhunt for the still unidentified driver of a white Toyota Land Cruiser with plate No. AHA 3454, who escaped following the incident.

According to witnesses, the suspect was between 35 and 40 years old. The police have started coordinating with the Land Transportation Office (LTO) to identify him while preparing a composite sketch.

The road rage incident, which happened at 3:15 p.m., was captured on a closed-circuit television camera, according to the Quezon City Police District (QCPD) director, Chief Supt. Guillermo Eleazar.

Michael Mendoza, the victim’s oldest brother, told the police that they were on a motorcycle, with Anthony driving, when they were almost hit by the SUV at the corner of D. Tuazon and Quezon Avenue.

The brothers had just come from Banawe to buy vehicle spare parts.

Following the near-collision, his brother called the SUV driver’s attention, Michael said. This was a followed by a heated exchange of words which ended when the suspect, without getting out of his vehicle, shot the victim in the head.

The SUV driver fled toward Quezon Avenue as the victim fell to the ground, blood oozing from his head wound. Crime scene operatives later recovered a cartridge at the site of the shooting.

The victim’s family aired their dismay and sadness on social media as they called for justice for Anthony, who, according to them, was about to get married.

Rejean Gorgonio, Mendoza’s teammate at Hewlett Packard and an L3 UNIX system administrator, described the victim as a patient and hardworking mentor.

“He was very patient, jolly and kind; he could not have started the altercation but [even] if he did, it was not reason [enough] for the suspect to kill him,” Gorgonio said.

“We were all shocked. He was supposed to meet his girlfriend in Singapore this March,” she added.

Eleazar, meanwhile, called on the LTO to remain open on Sundays so that the police could conduct a hot pursuit operation for the SUV driver.

He cited a similar incident on V. Luna Avenue involving the driver of another SUV, a Hummer, which hit and killed two motorcycle riders on Feb. 12.

The Hummer driver fled but due to the impact, the license plate of his vehicle fell off.

“The police had the plate number but we could not verify the owner,” Eleazar said, referring to the hit-and-run incident which happened on a Sunday. The Hummer driver eventually surrendered and pointed to his friend as the driver.

Eleazar urged witnesses to go to the QCPD headquarters at Camp Karingal.