In a press briefing on Tuesday, Communication Secretary Martin Andanar had a heated exchange with Philippine Daily Inquirer (PDI) reporter when the latter asked about Andanar’s earlier statements on destabilization plots against President Rodrigo Duterte.

“You keep on harping on na there’s a plot to unseat the very popular President Duterte, when in fact Secretary Jun Esperon and SND (Secretary of National Defense) Lorenzana, already shut down those allegations. Ano po ‘yung basis when the two of the highest security officials of the government are saying na hindi totoo, walang ganyan?” PDI reporter Marlon Ramos asked.

Andanar answered that there are intelligence reports that are classified while others are not.

Ramos said that he is not trying to make them argue but was just asking for clarification.

Andanar seemed irritated at the question saying, “Walang ganyanan (Don’t do that to me).”

Ramos said that the Communications secretary should understand since he also came from the media.

“Alam ko naman ‘yon. Let me ask you, are you fair to everything that you write?” Andanar asked. 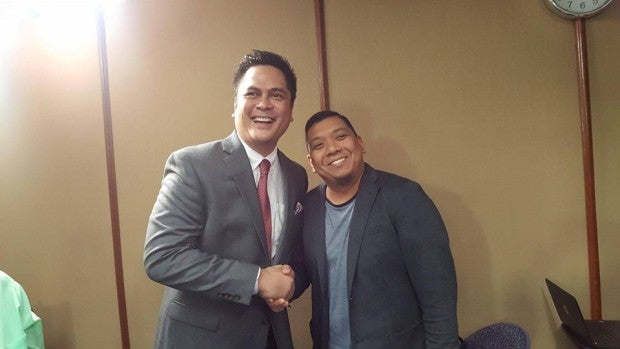 The exchange happened a day after Andanar claimed that Senate reporters were offered $1,000 bribe to cover the press conference of retired SP03 Arturo Lascañas. The reporters denied the allegation and demanded a public apology from Andanar for making such a baseless claim.

Despite the argument, PTV posted a photo of Andanar and Ramos on its Facebook page with the caption, “All is well after the presser with PCO (Presidential Communications Office) Sec Martin Andanar and Marlon Ramos.” RAM