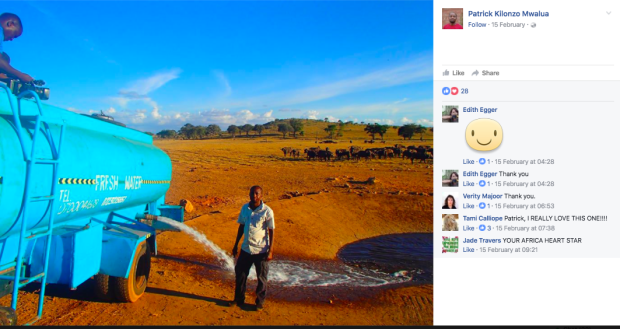 The vast lands of the Tsavo National Park in Kenya is as parched as can be, and the scorching heat has begun taking its toll on its resident wildlife.

With a steady supply of water becoming hard to come by each day, Patrick Kilonzo Mwalua has taken it upon himself to ensure that animals living in the area would be able to quench their thirst.

According to the animal rights website The Dodo, the 41-year-old Kenya native has been driving a truck loaded with some 3,000 gallons of water through dusty, cracked and barren lands  each day for the past year.

“We aren’t really receiving rain the way we used to,” he was quoted as saying in the report. “From last year, from June, there was no rain completely. So I started giving animals water because I thought, ‘If I don’t do that, they will die.’”

A year ago, the pea farmer reportedly saw firsthand the devastation that climate change has caused to his homeland and decided to do something about it.

“I was born around here and grew up with wildlife and got a lot of passion about wildlife,” he said. “I decided to bring awareness to this so when they grow up they can protect their wildlife.” 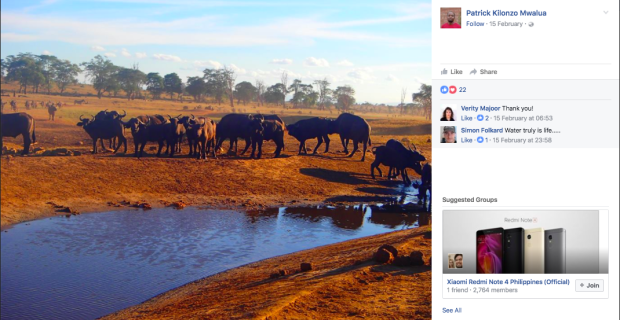 Despite not owning a vehicle of his own, Mwalua decided to rent a truck and drive to several locations in Tsavo West.

His personal mission usually requires the use of several trucks, which keep him on the road for hours every day, with only a few stops in between.

“The truck is heavy and doesn’t go very fast,” he shared. “We have to be very patient and go deliver water.” 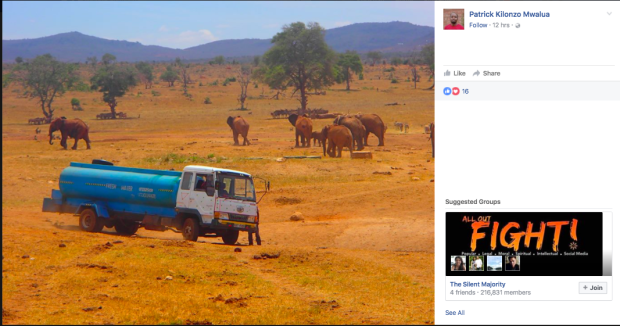 Although the trip is quite taxing, his fatigue vanishes when he sees the elephants, buffaloes, antelopes and zebras running forward upon hearing the sound of his truck.

For his effort, several animal and nature conservationists have lauded Mwalua and even went to great lengths to help him out.

“His commitment to the wildlife and his heritage is immeasurable,” wildlife volunteer and Tsavo Volunteers member Cher Callaway told The Dodo. “Even risking his own life in the middle of the night to deliver water to a dry water hole.”

Callaway set up a GoFundMe page for the selfless volunteer, who has already received donations totaling over $18,000 from people around the world. The group is also currently working on buying Mwalua his own truck.  Khristian Ibarrola / ra