Same rules apply when making arrests under state of lawlessness—Bato 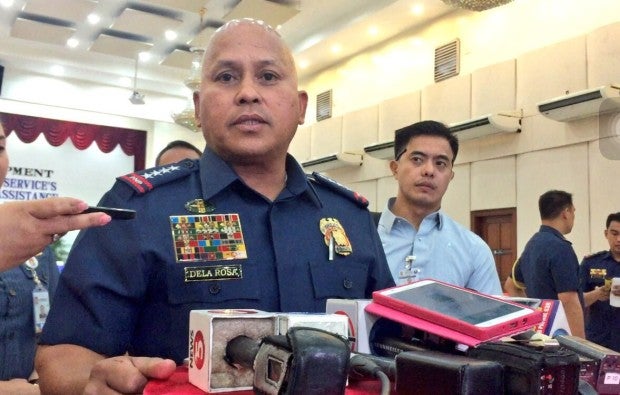 Philippine National Police (PNP) chief Dir. Gen. Ronald “Bato” dela Rosa on Thursday issued a reminder to the 160,000 members of the police force to strictly observe the standard procedure when effecting arrests even as President Rodrigo Duterte placed the country under a state of national emergency on account of lawless violence.

Dela Rosa, in a statement, reiterated that the declaration of the state of lawlessness does not change the rules under the Police Operational Procedures when conducting law enforcement operations.

This after Executive Secretary Salvador Medialdea issued a memorandum to the PNP and the Armed Forces of the Philippines emphasizing that “no civil or political rights are suspended during the existence of a state of lawless violence.”

Citing Rule 13 of the Revised Police Operational Procedures, Dela Rosa said, as a general rule, “all arrests should be made only on the basis of a valid warrant of arrest issued by a competent authority, except in instances where the law allows warrantless arrest.”

The PNP chief reiterated the only conditions that allow law enforcement authorities to effect warrantless arrests are:

1) When the person to be arrested has committed, is actually committing, is attempting to commit an offense in front of arresting officers;

2) When an offense has just been committed and the arresting officer has personal knowledge of facts indicating that the person to be arrested committed the offense;

3) When the person to be arrested is a prisoner who has escaped from a penal establishment or place where he is serving final judgment or temporarily confined while his case is pending; and

4) When the person arrested, or to be arrested, has voluntarily waived his right against warrantless arrest.

Before flying to Laos for the Asean Summit, Duterte last Monday signed the proclamation declaring a state of emergency on account of lawless violence after the deadly blast in Davao City that killed 14 individuals and hurt 71 others.