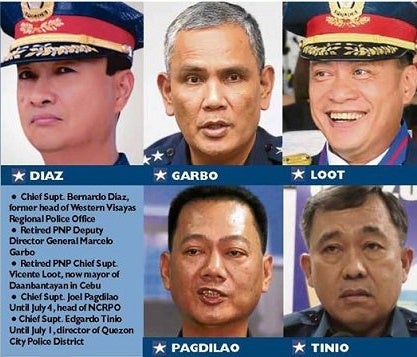 The Department of Justice (DOJ) is doing its own investigation against five Philippine National Police (PNP) senior officers or former officers allegedly involved in the illegal drug trade.

“We are working on our own to get evidence against the ‘narco generals,'” Justice Secretary Vitaliano Aguirre II said in a text message to reporters on Tuesday.

Last month, President Rodrigo Duterte made public the names of the five generals as protectors of illegal drugs.

He said he is pained that the generals were educated in the country’s premier military school funded by the people’s money, and yet they went wayward.