“I am compelled by my sense of duty to tell you the police who contributed to deterioration of law and order in this country,” Duterte said in his speech at the 69th anniversary of the Philippine Air Force here.

Garbo and Loot are already retired; the other three are still on active duty. Loot is incumbent mayor of Daanbantayan town in Cebu.

Duterte mentioned in his speech that Diaz was from Region 11.

“As of this time, I order them relieved from their assignments and report to the Director General (Ronald dela Rosa),” Duterte said. 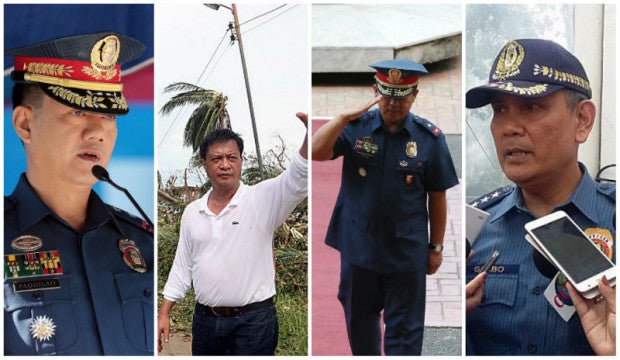 He said he would also want to talk to the five police officials, adding that he expected the National Police Commission “to do their thing.”

The President said the police officials supposedly involved in illegal drugs or protection of drug syndicates committed treason because they destroy people’s lives. He said the five police officials were a big disappointment because the government funded their education through taxpayers’ money.

“Ito yung mga tao who were given the honor to join the academies of our country, be it the PNP or PMA at the expense of the public and made a career there. All along, tayong mga mamamayan thought we are being protected by the police,” he added. TVJ/ac/rga

Duterte warns 3 ‘corrupt’ PNP officers: Resign or be humiliated
Does Duterte mean all the crazy things he says?