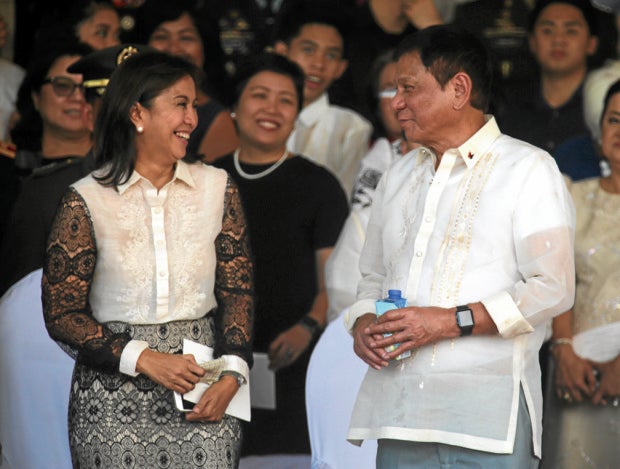 Vice President Leni Robredo thinks it’s a “relief” that some netizens are pairing her up with President Rodrigo Duterte.

(For more than a month, all they can hear and see is our misunderstandings. I think people are more pleased now because we are cordial.)

Laughing off social media posts “shipping” the two highest officials in the land, Robredo said she is relieved that people are seeing that the President and Vice President, who came from opposing parties, aregetting along.

“Ang image lang namin na nagkakasundo kami (An image of us getting along) I think will appease many minds na noong una (that were initially) troubled,” she said.

READ: Robredo: Meeting with Duterte reinforces message of support for him

Another good thing about this, according to the Vice President, is that it breaks the hostility between the bickering supporters of Duterte and Robredo.

(Perhaps the bickering between our supporters would be lessened, if not eradicated. There’s no point in them fighting. Their principals are civil. I think this is crucial in moving forward.)

Robredo and Duterte had their official meeting for the first time at the Malacañang Palace on Monday afternoon.  CDG/rga