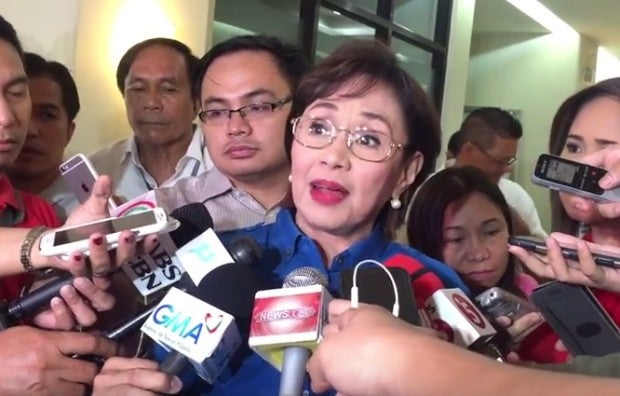 Former Batangas governor and now congresswoman Vilma Santos-Recto is the latest on the list of representatives given committees in the House of Representatives.

During the session on Tuesday night, majority floor leader Rudy Fariñas announced the following representatives who would lead committees as chairpersons:

Santos-Recto was chosen to lead a committee even though she is a neophyte lawmaker on her first term in Congress.

READ: Vilma Santos vows to be active as Batangas congresswoman

Meanwhile, Belmonte was chosen to lead the special committee on West Philippine Sea due to his experience as a member of the Philippine delegation to the Hague that heard the maritime case filed against China in connection with overlapping claims over the West Philippine Sea.

Fariñas also called for the amendment of the House rules to include the special committee to hear all territorial and boundary disputes involving the resource-rich West Philippine Sea.

In its historic decision, the United Nations Arbitral Tribunal in the Hague ruled that China’s historic nine-dash line claiming almost all the South China Sea has no historic and legal basis and that the West Philippine Sea falls within the Philippines’ exclusive economic zone.

Tinio, who belongs to the militant Makabayan bloc in Congress, was given the committee as a perk of being a member of the majority coalition that elected the winning Speaker Pantaleon Alvarez.

The public information committee tackles the controversial Freedom of Information bill, which has been languishing in the past nine Congresses.

Read Next
Drug suspect resists arrest, is shot dead in Tacurong
EDITORS' PICK
Harnessing technology for quality education
Hidilyn Diaz wins weightlifting gold in Tokyo Olympics
Duterte: When I said I will fight drugs in 6 months, I thought it was like in Davao
Tips for a cheerful life
Duterte warns of possible lockdown if ‘more aggressive’ Delta variant spreads
Connect to PH’s fastest network with new Signature Plan Lite at only P599 per month
MOST READ
Hidilyn Diaz wins weightlifting gold in Tokyo Olympics
Go to war with China over West PH Sea? It will be a ‘massacre’, says Duterte
Hidilyn shoots not only for gold but also for permanent place in PH sports history
Duterte acclaims Sotto: ‘He can become a good vice president’
Don't miss out on the latest news and information.