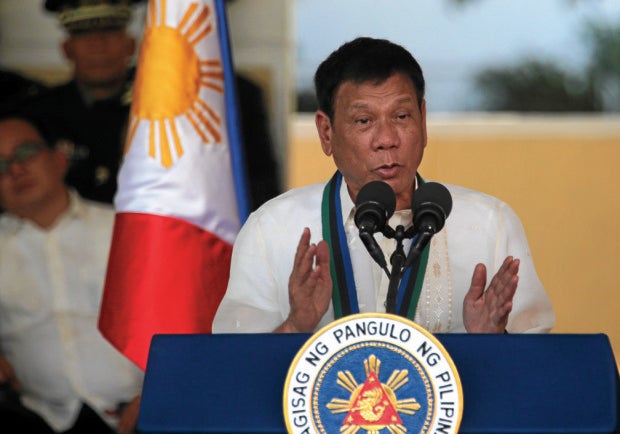 SWS on Friday released the results of its June 24 to 27 non-commissioned survey, which asked 1,200 respondents about their personal optimism and optimism about the economy. It was conducted days before Duterte took his oath of office on June 30.

The results showed that 49 percent of respondents expected positive change in their quality of life in the next 12 months while only 3 percent were pessimistic, resulting in a record-high net-optimism of +46.

READ: 6 out of 10 Filipinos believe Duterte will fulfill promises—poll

The previous record was +40 for both December 2015 and April 2016 under former President Benigno Aquino III. SWS has been conducting the said survey since 1984, under former president Ferdinand Marcos. 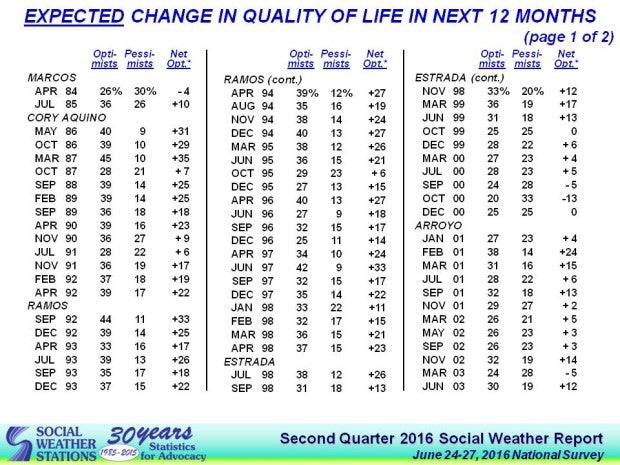 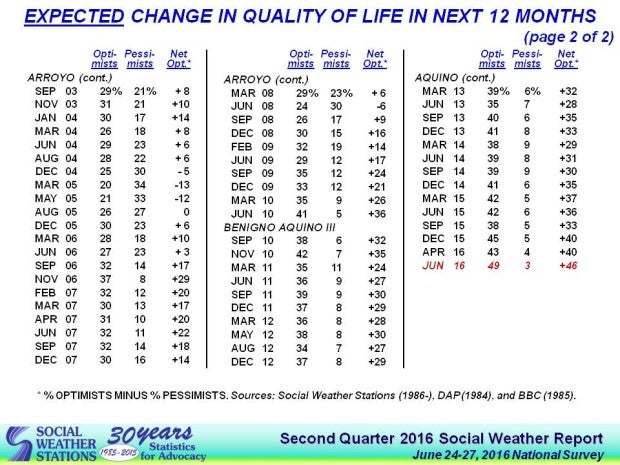 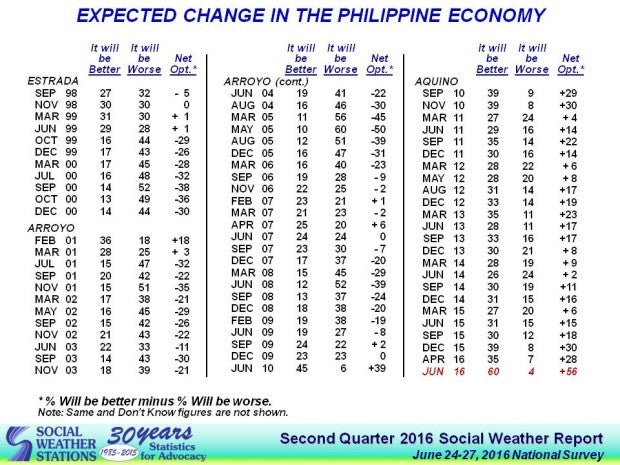 There were also more people who said that their lives improved in the last 12 months. For June 2016, 30 percent said their situation is better now while 21 percent said it was worse, resulting in “net gainers” of +9.

Since the survey started in 1983, there were usually more “losers” than “gainers” but a positive trend was seen starting March 2015. 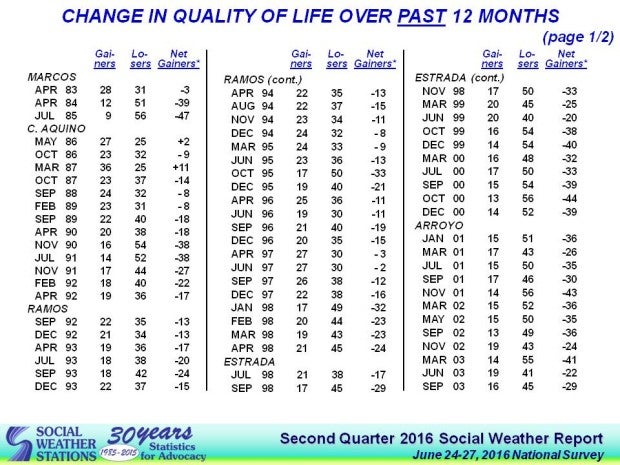 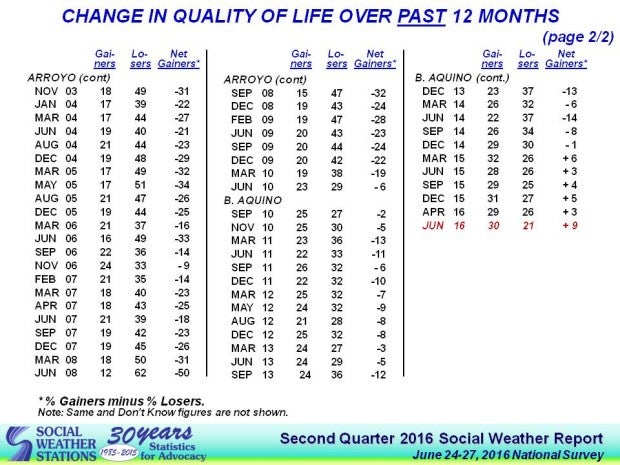 Net personal optimism was also higher among Class D or the “masa class” with a net of +49. This is 10 points higher than the +39 of respondents from Class E. Trailing behind are those from Class ABC with +37.

The same trend was seen in net optimism with the economy. Leading the pack are survey respondents from Class D with +57, followed closely by Class E with +54 and Class ABC with +49.

However, there were more “gainers” from Class ABC with the survey showing “net gainers” at +18. This is twice as much as the net gainers from Class D (+9) and thrice as much from Class E (+6). CDG/rga