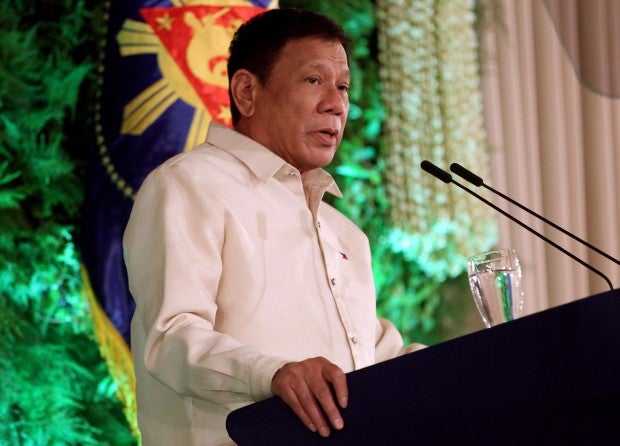 According to the results of the June 24-27 Second Quarter 2016 Social Weather Survey, about 84 percent of those surveyed showed “much trust” in Duterte, 11 percent said they were undecided, and five percent had “little trust”. This yielded a 79 percent net trust rating.

The results of the poll were first published on BusinessWorld on Wednesday.

Duterte’s predecessor, former President Benigno Aquino III, was rated “excellent” at +83 when the poll was conducted after the May 2010 elections.

The 53-point surge in Duterte’s net trust rating was due to increases across geographical areas and social classes.

Meanwhile, among those surveyed based on educational attainment, Duterte’s rating given by non-elementary graduates rose to an “excellent” +76 from a “moderate” +18.

The survey was conducted using face-to-face interviews among 1,200 adult respondents nationwide. The survey had sampling error margins of ±3 points for national percentages, and ±6% each for Metro Manila, Luzon areas outside the nation’s capital, the Visayas, and Mindanao. CDG