Theft, robbery down in Metro; killings up 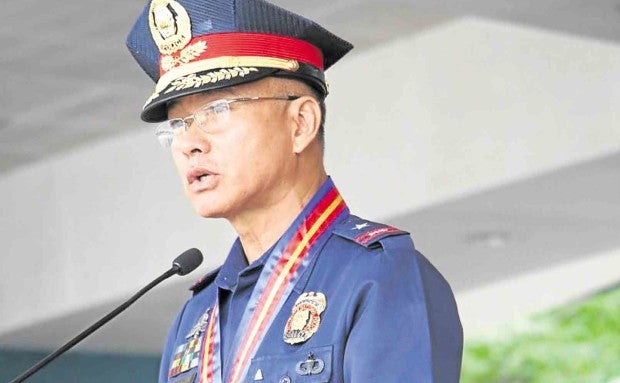 Has crime gone down in the Philippine capital after the Duterte administration declared “war” on illegal drugs?

The answer: Yes and no.

Crimes against property include theft and robbery, while those against persons include murder and homicide.

Albayalde compared statistics from the first two weeks of July to the first 26 weeks of 2016.

NCRPO statistics showed that from July 1 to 15, a total of 64 murder cases were recorded in Metro Manila, or an average of four a day; and 26 cases of homicide, or about two daily.

The weekly average for the past two weeks were nearly double or double the averages for the first 26 weeks of the year: A daily average of two for murder and one for homicide.

“Murder and homicide increased because of incidents of found bodies on the streets,” Albayalde explained. Many of the bodies displayed written signs declaring them as criminal or drug user or pusher. These are believed to be victims of summary killings.

Meanwhile, figures showed that 509 cases of crimes against property were reported in the first two weeks of July, a daily average of 34 compared to 42 during the preceeding weeks.

Daily average for motor vehicle and motorcycle thefts have also gone down: from five in the first 26 months of the year to two in the past two weeks.

“Mostly, crimes [against property] are the ones related to illegal drugs, especially theft, because a person would steal just to buy their drugs,” the NCRPO chief said.

Meanwhile, Albayalde said bodies that sprouted in the metropolis could be victims of narcotics dealers and not of vigilantes.

“I don’t think it’s a vigilante doing this. Often, in the [illegal drugs trade], they end up killing each other; and remember, when someone surrenders, their statements are being taken, so of course the suppliers grow afraid…[and] seek revenge,” Albayalde said, in Filipino.

Albayalde gave assurance that the killings were being “thoroughly investigated.” He noted, however, that for the 37 bodies found in Metro Manila from July 1 to 17, “not one family member has complained that they were summarily executed.”

For July so far, the NCRPO tallied 70 suspects killed in police anti-narcotics operations, 636 have been arrested, and 18,749 surrendered, with P1.7 billion worth of confiscated “shabu” and marijuana.

“We can see that our communities have become more quiet… There is no public outrage so I think the public supports our effort on this campaign,” Albayalde said.