One letter less: Change is coming to Palace press office 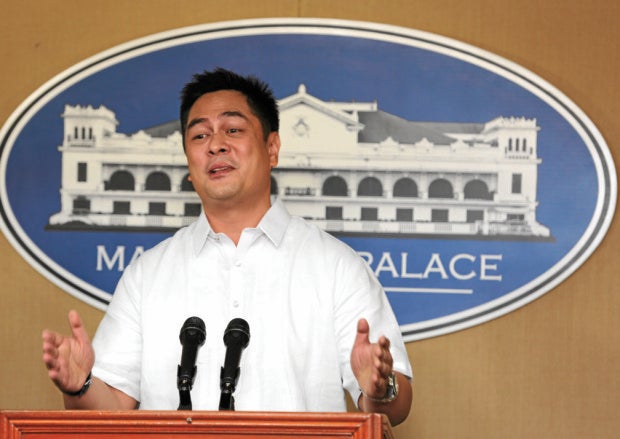 Shorter by one letter, smaller with one office out, easier to manage.

In line with President-elect Rodrigo Duterte’s directive for his Cabinet to be a “streamlined” and unified system, his incoming communications chief, Martin Andanar, is considering changes in the Presidential Communications Operations Office (PCOO), looking to tame what is often called Malacañang’s three-headed monster.

His plan: drop one “O” from PCOO then fold into it a parallel, laboriously named office to simplify the task of conveying the administration’s message to the public.

The currently separate Presidential Communications Development and Strategic Planning Office (PCDSPO) will be folded into the PCO so that there will be only one communications office whose name and acronym will be easier to pronounce even for the acronym-crazy Philippine press.

The current PCOO—the equivalent of the Office of the Press Secretary in olden days—handles Malacañang’s news and information bureau, state-run radio and television, and printing office.

The PCDSPO oversees the Official Gazette, Presidential Museum and Library, and Malacañang’s pool of speech writers. It is headed by Undersecretary Manuel Quezon III.

Quezon’s office was created in 2010, at the start of the Aquino administration.

“We are subsuming the functions of [Undersecretary] Quezon. So what it looks like is we are bringing back the old organization (of the communications group) so it won’t be chaotic, as we are not in chaos—unlike them,” Andanar said.

Andanar was apparently referring to the confusion in the setup of the Aquino administration’s communications group, which had several talking heads at any given time.

In contrast, the incoming Duterte administration will have only one presidential spokesperson, the recently appointed Ernesto Abella, and Andanar will be the PCO chief with the rank of secretary.

No press secretary for President Rody

He will handle the press, an important role, given the ban that Duterte imposed on the media after international news organizations scoriated him for his seeming disdain for human rights, acid tongue and public crudity.

Abella said the incoming communications group would have a crisis management team “so that when there’s a crisis, it will be easier for us to respond.”

That would be a welcome change from the Aquino administration’s silence that stretched for days after the eruption of a crisis, such as the massacre of police commandos in Mamasapano, Maguindanao province, in January last year, in a covert counterterrorism operation that backfired on the police leadership and Malacañang.

In an interview after his appointment, Andanar promised to give the media access to information, and said Duterte would issue “an executive order for freedom of information.” TVJ