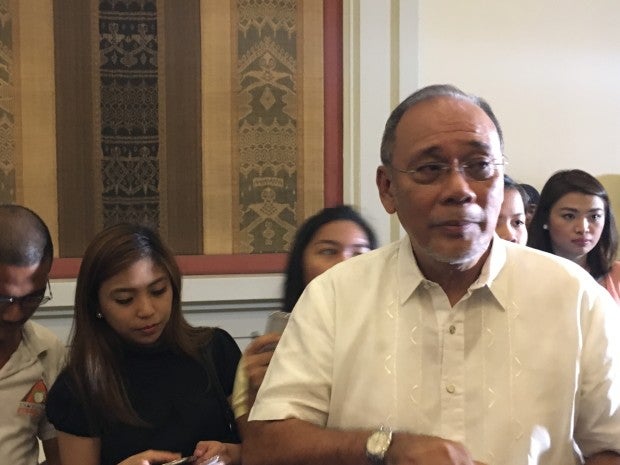 DAVAO CITY—Former pastor Ernesto “Ernie” Abella, the newest anointed spokesperson of President-elect Rodrigo Duterte, faced the media for the first time on Tuesday evening in what he called the start of a “conversation,” amid the incoming Chief Executive’s cold relations with the press.

Abella, who was also an educator and columnist by profession, was first referred to as deputy presidential spokesperson in a video released to the media announcing the latest addition to the incoming Cabinet on Monday night. Abella said he was “one of President-elect Duterte’s designated spokespersons.”

An unassuming Abella, who said he was a mere “talking head” and there was “nothing very exciting about him,” initiated a meetup with journalists covering Duterte at Royal Mandaya Hotel in this city.

“I have been getting a lot of questions already so I thought it might be better to face everyone all at once and have a good time,” he said.

Abella said he would like to maintain a conversational relationship with reporters, even as Duterte, who apparently justified media killings by citing corruption in their ranks, stopped granting interviews and press conferences.

“I’d like to call it a conversation. Nothing adversarial kung pwede. We’d like to avoid any rough edges. Kumbaga magkaroon lang po tayo ng listening ear, if we can just to listen to one another carefully, and to be able to articulate the true intentions of the President,” said Abella, who served as columnist at San Pedro Express in Davao from 1977 to 1979.

“After all, he does have a very clear intention or purpose—putting it on one side, to remove crime, corruption, and drugs, but on the other hand, for all of us to live a comfortable life,” he added.

Reporters here were barred from entering the so-called Malacañang of the south in Panacan where Duterte met with foreign ambassadors on Monday. The media was left in the dark waiting outside the Department of Public Works and Highways compound for a USB flash drive containing silent videos from RTVM of Duterte’s meetings. Even Abella’s announcement of new Cabinet members was relayed through a video.

But Abella said he would like to believe that Duterte’s gesture of assigning someone to speak on his behalf, “for example last night to announce the new appointees,” was a “step towards a warming up of relations.”

“I don’t know about his (Duterte’s) clear specific intentions pero what I am saying is that, precisely I want to start with this conversation, so we’ll see how it goes. We’ll see how it unfolds,” he said.

Abella is the founding president of Southpoint School and a founding member of One Accord Credit Cooperative here. He also founded The Jesus Fellowship Inc. and Hope of Asia Inc.

The former instructor at Ateneo de Davao College was also a board member of Philippine Council of Evangelical Churches, Philippine Missions Association, and Koinonia Theological Seminary.

Abella said it was incoming Communications Secretary and former TV 5 anchor Martin Andanar who welcomed him into the team, adding he had yet to meet and talk to another spokesperson-designate Salvador Panelo.

“Regarding Atty. Panelo, I have not talked with him, but I serve at the pleasure of the President. We haven’t really met so there’s absolutely no rift,” he said.

Panelo on Tuesday welcomed Abella’s inclusion in the team, saying he would be needing a deputy because he would not be available all the time.

Abella vowed to clearly articulate the “true intentions” of the longtime brash-talking mayor, who has been widely criticized for his controversial statements on media killings even before assuming the presidential office on June 30.

“What I’d like to do is to have the office of the spokesman try to articulate as carefully and as clearly as possible the true intentions of the President,” he said.

Abella said Duterte played a big role in negotiating for his release after he was kidnapped in 1996 in this city.

Duterte’s ally and campaign spokesperson Peter Laviña, a member of the President-elect’s transition team, said Abella “was one of the best writers to defend Duterte in social media during the black propaganda attacks during the election.”