No press secretary for President Rody 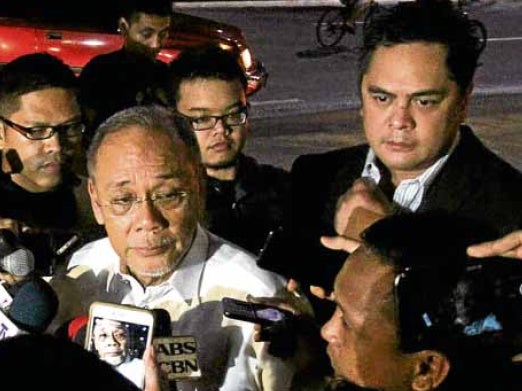 Whether President-elect Rodrigo Duterte keeps his ban on the press throughout his six-year term remains to be seen.

But for now, he is showing the least interest in partnership with the media.

Unlike some of his predecessors, Duterte will have no press secretary. He will have only two officials whom journalists can tail for information.

Abella on Wednesday took the place of lawyer Salvador Panelo, Duterte’s temporary presidential spokesperson whom the Davao City mayor had designated as his chief presidential counsel.

Panelo, however, said he would still speak for Duterte “on very important issues.”

Duterte, the longtime mayor of Davao City, has banned the press from his events since late June, after drawing global criticism for saying corrupt journalists were legitimate targets of assassination.

Despite the clarity of Duterte’s statements, his allies have insisted the press has misquoted him.

“So that there will be no more errors,” they said, Duterte would no longer call news conferences. For information from the Duterte administration, reporters should coordinate with public broadcaster PTV 4.

It is unclear whether Duterte’s camp is gleeful about the ban, but reporters and editors, in the past three weeks, have not had to agonize over whether they should quote him word for word whenever profanity spewed from his mouth as naturally as the sun rises in the east and sets in the west.

Asked yesterday whether Duterte would speak again to journalists, Andanar said: “That has not been discussed.”