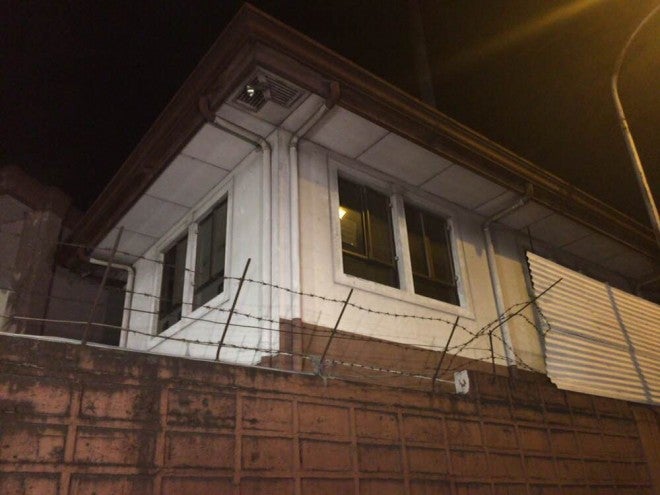 Lights were cut off inside the residence of the influential Manalo family. MARC JAYSON CAYABYAB/INQUIRER.net FILE PHOTO

A MANILA court has ordered the expelled siblings of Iglesia ni Cristo (INC) executive minister Eduardo Manalo to “immediately vacate” the compound at No. 36 Tandang Sora, Quezon City, and yield the property to the church.

The decision received by the INC last week was issued by Judge Anne Perpetual Rivera-Sia of Metropolitan Manila Trial Court Branch 12, who ruled on the unlawful detainer case filed in February by the religious group against Lolita “Lottie” Manalo-Hemedez and Felix Nathaniel “Angel” Manalo.

INC spokesperson Bro. Edwil Zabala and counsel Moises Tolentino on Saturday hailed the decision as another vindication for the church, which followed the recent dismissal of Hemedez’s complaint for falsification of public documents, which she filed against the executive minister.

Tolentino said a motion to issue the writ of execution will be filed and heard next week for the order to be enforced immediately. He said the defendants could not resort to filing a motion for reconsideration since the decision was issued in a summary procedure.

“Hopefully, now that they are aware that even the court agrees with our position, they will, of their own volition, vacate the premises,” Zabala said in a press briefing at the INC-run Eagle Broadcasting Corp. in Quezon City.

The Manalo siblings were expelled in July 2015 following a video posted online wherein Angel Manalo and his mother Tenny called for help and said their lives were in danger. Zabala said they were expelled for violating church doctrine. The siblings have since been holed up in the Tandang Sora compound.

Tolentino clarified that the case was originally raffled off to Quezon City Metropolitan Trial Court (MeTC) Branch 43 but was forwarded to the assisting Manila court, pursuant to a Supreme Court resolution, because the Quezon City court was overloaded. The Quezon City MeTC will still have jurisdiction in enforcing the order.

“An action for unlawful detainer is maintained to recover possession of real property from one who illegally withholds possession after the expiration or termination of his right to hold possession under any contract, express or implied,” the order said.

Tolentino said the Manalo siblings “availed of housing privilege as members of the church. This privilege was subject to certain rules and conditions. Since the occupants violated the doctrines of the church which led to their expulsion, they lost the privilege to stay in the premises. If they insist to continue staying there (despite the court order), that is already an illegal act.”

Sought for comment, the siblings’ counsel, Trixie Cruz-Angeles, said in a text message: “Funny they should argue the alleged unavailability of an MR (motion for reconsideration) before the media rather than before a court.”

Angeles said her clients would challenge the decision in court.

“We find it problematic that the INC should make such a hasty announcement before the court decision becomes final. It amounts to a coloring of the people’s mindset so that any forcible and illegal (premature) removal of the resident acquires a patina of authority,” Angeles said.

Tolentino said the INC will exhaust all means for the decision to be implemented. He cited security concerns arising from the continued stay of the expelled members in the compound, which is adjacent to the INC central office.

Zabala showed photos of electronic parts supposedly found by INC guards when they checked a pizza delivery to the compound and another set of circuit boards found in another package. He said that upon consultation with experts, they were told these were parts of a drone and a listening device.