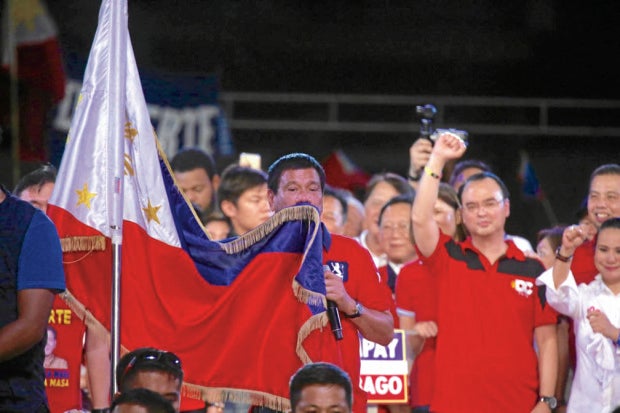 After crisscrossing the country for three months, five presidential candidates led by Davao City Mayor Rodrigo Duterte converged in vote-rich Metro Manila on Saturday for their final rallies ahead of Monday’s national elections.

READ: Duterte to Filipinos: I am ready to be PH father

“We have already won,” Duterte’s supporters chanted, referring to the Davao mayor’s huge lead in the voter preference polls.

READ: Duterte promises supporters to do to PH what he had done for Davao

Duterte’s closest rival for the presidency, Sen. Grace Poe, ended her campaign at Plaza Miranda in Quiapo district where she launched her bid for a Senate seat in 2013.

READ: Poe attacks admin bet anew for ‘asking her to withdraw from running’

On President Aquino’s urging, Roxas on Friday tried to get Poe to withdraw from the race, believing that her votes would push him ahead of Duterte. But Poe, determined to finish the race and believing she could beat the trash-talking Davao mayor, refused. 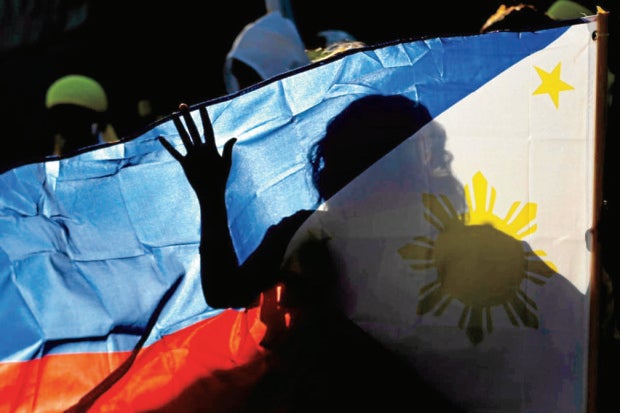 RALLYING TO THE FLAG A member of a dance group holds up the Philippine flag at the start of the Liberal Party’s “miting de avance” at Quezon Memorial Circle on Saturday night. President Aquino and his Cabinet joined LP standard-bearer Mar Roxas and running mate Camarines Sur Rep. Leni Robredo in their last rally before Monday’s elections. RAFFY LERMA

Vice President Jejomar Binay, running fourth in the polls, returned to his bailiwick, Makati City, to make a final appeal to voters to send him to Malacañang.

“Trust me, on Election Day, we will win. I will be the next President of the Philippines,” Binay told cheering supporters at his final rally.

Binay called on President Aquino to ensure the clean and orderly conduct of the elections, citing reported problems about how the vote-counting machines read ballots.

“This early, I have heard of incidents, especially in Mindanao, that are worrisome. There are reports that the names of those voted for were not reflected [on voter receipts],” Binay said.

“Mr. President, I appeal to you not as the Vice President but as an ordinary Filipino citizen. I hope you use your power as the father of the nation to ensure clean and peaceful elections on Monday,” he said.

READ: Binay: I will win with more than 15 million votes 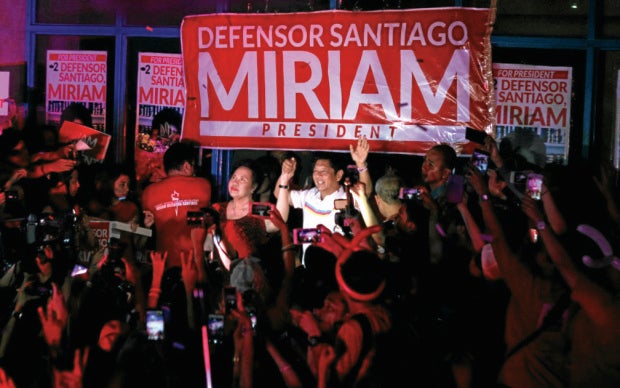 ‘I will never quit’

Sen. Miriam Defensor Santiago, with 2 percent voter support in the polls, changed her mind about not holding a final rally and joined about 1,000 supporters,  mostly youth volunteers, in a street party outside her campaign headquarters in West Triangle, Quezon City.

She showed up at the party past 7 p.m. and assured her supporters that she was still in the race.

“I owe it to the Filipino people who believe in my leadership and who yearn for long-overdue reforms,” she added.

She was referring to President Aquino’s desperate call on Duterte’s rivals to unite to prevent the victory of the Davao mayor, who he said was a dictator in the making.