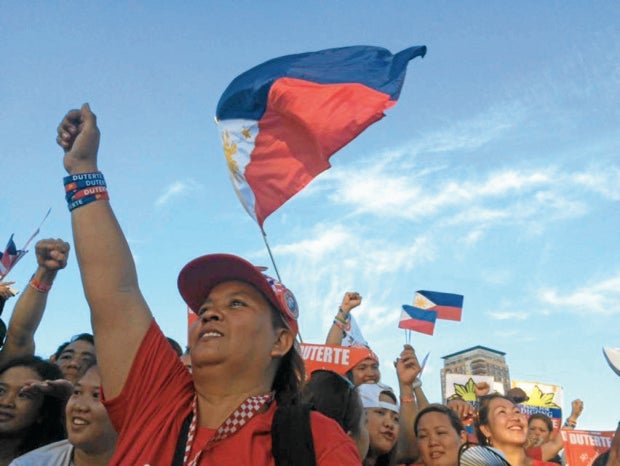 Hundreds of thousands of supporters trooped to miting de avance of Davao City Mayor Rodrigo Duterte and Sen. Alan Peter Cayetano on Saturday at the Luneta (Rizal Park) in Manila.

Performances from Jimmy Bondoc and other singers supporting Duterte entertained the crowd. TVJ