Honrado: Quitting not the solution; no evidence of Naia syndicate so far 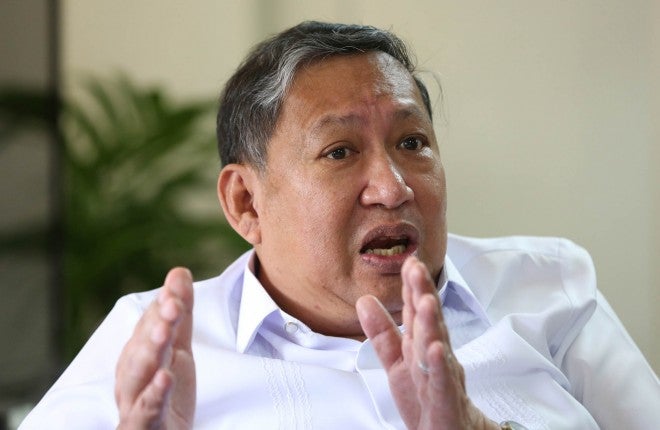 AMID calls for his resignation over the alleged “tanim-bala” (bullet-planting) extortion scheme, Manila International Airport Authority (Miaa) general manager Jose Angel Honrado has maintained that he will not step down from his post, as this was not the solution to the reported racket at the Ninoy Aquino International Airport (Naia).

“Resignation is not a solution just because there is an issue. I don’t run away from a good fight,” Honrado said in an interview with ANC Headstart on Thursday.

Noting that his powers as Miaa chief were limited by laws, Honrado answered an affirmative “yes” when asked if he felt that his hands were clipped in exercising authority in security at Naia.

“There are 22 agencies operating in the airport. Not all agencies report to me,” he said. “Miaa does not have the authority to either hire or fire personnel…  As general manager, I don’t have the power to revise the system. I can only recommend.”

Honrado spoke of his accomplishments instead, noting that the number of daily flights at Naia have increased from 600 to 800 under his watch. A retired general, he took over Naia operations in 2010.

But he said he would resign “if I feel that I am no longer contributing to the ‘Daang Matuwid,’” referring to the administration’s reform on good governance and anticorruption drive.

Honrado also admitted that he is personally related to President Benigno Aquino III, his mother being a second cousin of the late senator Benigno “Ninoy” Aquino Jr.

Amid growing public outcry over the Naia scam, lawmakers and various sectors have called for the sacking of transportation officials and airport executives. Sen. Alan Peter Cayetano also filed an administrative complaint before the Office of the Ombudsman seeking to suspend Honrado, Transportation Secretary Joseph Emilio Abaya, and two others for supposed neglect of duty.

‘No evidence of syndicate’

Honrado maintained that there are no concrete proofs yet of an existing syndicate which supposedly carries out the scam at Naia, but added that there were “opportunists.”

“So far we don’t have evidence indicating syndicates are working at the airport. But opportunists, yes,” he said.

But the Inquirer has confirmed through a source at the National Bureau of Investigation (NBI) that an extortion syndicate consisting of various units in the airport victimizing mainly migrant workers and the elderly indeed exists.

“Each unit has an assigned task and roles, its members are recruited by longtime workers in the four airport terminals,” the source said. “The syndicate is composed of various airport workers such as immigration personnel, airport police, C-ray scanners, baggage inspectors, and porters.”

The Department of Justice has ordered the NBI to form a task force to probe the reported bullet-planting incidents.

Noting that the office of Executive Secretary Paquito Ochoa is eyeing to form a single security body in airports, Honrado assured the public that the government is acting on the alleged scam, which has attracted the attention of international media.

“The government is trying to address the tanim bala as squarely as possible. We ask people to understand that we are limited by existing laws,” he said.