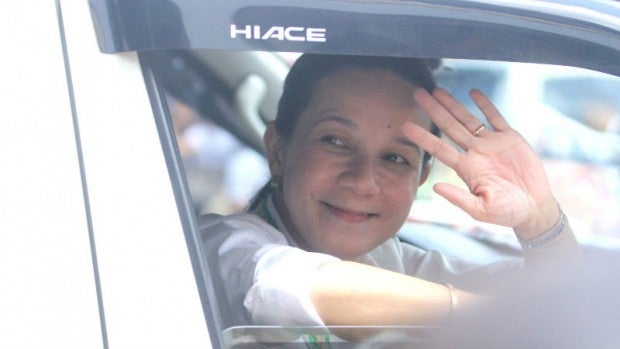 Senator Grace Poe shrugged off on Friday a new petition filed against her at the Commission on Elections (Comelec) that seeks to prevent her from running for president in 2016, saying it was only meant to “subvert the will of the people.”

“We are expecting that such petition will be filed. We are ready with our response,” Poe said in a text message.

“We believe their intention is to simply subvert the will of the people,” she added.

A quo warranto petition that seeks to unseat her in the Senate has earlier filed against her by defeated senatorial bet Rizalito David at the Senate Electoral Tribunal.

Poe’s lawyer, George Garcia, claimed they know who were the people behind the new petition and their “evil plans.”

“We totally expected and prepared for it. We know who are the people behind this and their evil plans,” Garcia said in a statement.

“This is just the beginning and definitely will not be the last. We will fight them to the end, armed only with the law, reason and the truth.”

“Our faith in the Comelec and the collective wisdom of its members is unparalled. We assure our supporters and the Filipino people that justice will prevail and we will emerge victorious in this fight,” Garcia added.

Poe’s spokesman and Valenzuela Mayor Rex Gatchalian also believes that somebody was behind this new petition against the lady senator.

“These harassments are not random occurrences. One thing [is] for sure, we will answer these allegations squarely in the proper forum. We will face it head on because the law is behind us. We know the truth is behind us,” Gatchalian said. RAM