After Poe-Escudero, NPC to meet with Binay, Duterte, Roxas 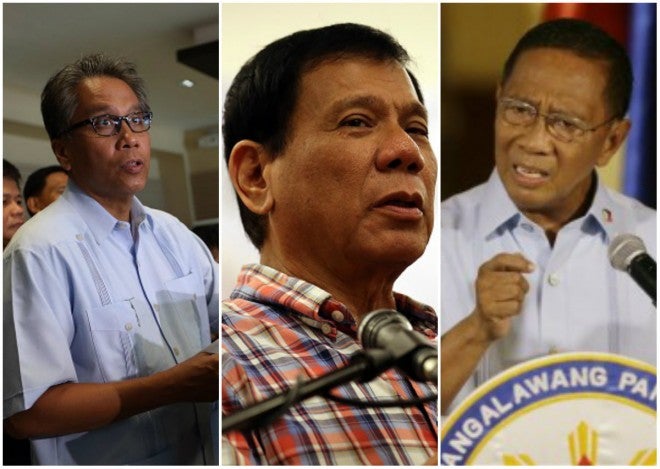 After meeting with Senators Grace Poe and Francis Escudero thrice, the Nationalist People’s Coalition on Sunday said the party would meet other possible presidential bets in the coming days.

NPC spokesperson and Quezon Representative Mark Enverga said the party wanted to get to know potential bets better to make sure that it would support “only the best candidate” in next year’s polls.

“We want to listen to the platforms and programs of action of every candidate so that we will be guided accordingly before eventually deciding on whom to support in the next elections,” Enverga said in a statement.

“We will only select candidates whom we believe would best represent and work for the aspirations of our people while also advocating a clean, dedicated and transparent governance,” he added.

Poe and Escudero, who topped recent presidential and vice presidential preference surveys, have earned support from individual party members, but Envarga said “This does not mean that the party has already made its decision to throw its support behind them.”

With two senators, at least 40 House of Representatives members, 14 governors, 22 city mayors, and hundreds of municipal mayors, NPC is the second-largest political party in the Philippines, after LP.

Poe and Escudero, as well as Duterte, has yet to declare their plans for the 2016 elections. Yuji Vincent Gonzales/CB