‘Nothing illegal’ in lump sums in 2015 budget, says Escudero 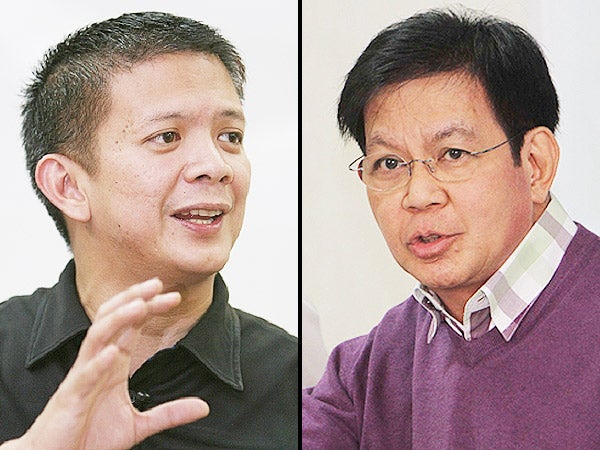 There was nothing irregular or illegal in the lump sums or discretionary funds contained in the 2015 national budget, Senator Francis Escudero, chairman of the Senate committee on finance, said on Tuesday.

“(There’s) nothing irregular/illegal as it gives the agencies flexibility. But we are striving to further lessen it,” Escudero, chairman of the Senate committee on finance, said in a text message.

“The 2015 budget is, by far, the most detailed with the least number/amount of lump sums,” he added.

The senator was reacting to former senator Panfilo Lacson’ disclosure that the lump sums in this year’s P2.606 trillion budget has already reached P424 billion and is still counting. Lacson said the lump sums or discretionary   funds are prone to “misuse” and “abuse.”

Besides, Escudero said, the mentioned lump sums in the 2015 budget were just “temporary” which could not   be used without the submission of an itemized listing to the Department of Budget and Management (DBM).

“The lump sums are only ‘temporary’ because we inserted a provision that requires the submission of an   itemized listing to the DBM of how/where it will be spent, copy furnished (the Commission on Audit) and   Congress, before such items can be used,” he said.

“We will, however, study further the observations of and try to work with Senator Lacson with a view to making sure that the law and the rulings of the Court on the DAP/PDAF are not circumvented in its implementation by the Executive and Congress and to make the 2016 budget more ‘iron-clad’ against these practices,” he further said.

DAP is Disbursement Acceleration Fund (DAP) while PDAF is Priority Development Assistance Fund which were both declared unconstitutional by the Supreme Court.

Reacting to Escudero’s statement that the lump sums were “temporary,” Lacson said: “With due respect to Senator Chiz, there is no such ‘animal’ called temporary lump sum.”

“It’s either line item budget or lump sum. If it’s lump sum, it is discretionary and prone to misuse and   corruption,” the former senator said in a separate text message. IDL