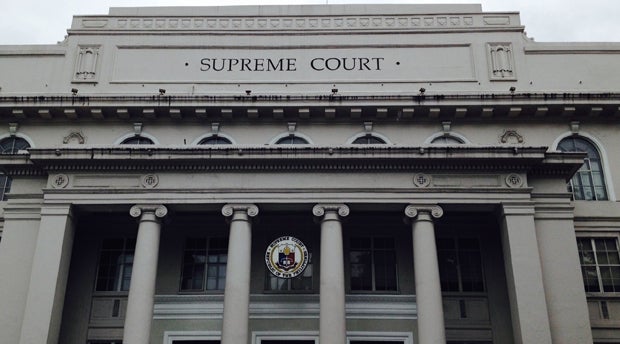 MANILA, Philippines–In a seeming win-win ruling, the Supreme Court, voting 13-0, stood pat Tuesday on much of its decision that declared Malacañang’s Disbursement Acceleration Program (DAP) unconstitutional. But it relented on one point, allowing the augmentation of funds for specific projects given allocations under the General Appropriations Act (GAA).

The high court partially granted the government’s appeal to its July 1 decision against President Aquino’s stimulus program, citing how it “recognized the encouraging effects of the DAP on the country’s economy and acknowledged its laudable purposes.”

Clarifying the language of its earlier ruling, the court also said that only “authors” of the program, and not “proponents and implementors,” may be held liable in case legal action arises and is heard in “tribunals other than this court, which is not a trier of facts.”

The procedural challenges raised by the respondents, being a mere rehash of their earlier arguments, were “dismissed for being already passed upon in the assailed decision,” Supreme Court spokesman Theodore Te said in a press briefing.

In the same breath, the court said “certain declarations in our July 1, 2014, decision are modified in order to clarify certain matters and dispel further uncertainty.”

A key revision is the court’s decision to remove the phrase—“the funding of projects, activities and programs that were not covered by any appropriation in the GAA”—from its previous decision.

The omission should not be interpreted as the court’s grant for the allocation of funding for projects not approved under the GAA, Te said.

Instead, the ruling afforded flexibility for funding authorities—the President, Senate President, House Speaker, Chief Justice and heads of the constitutional commissions, as allowed under the Constitution—to provide augmentation to specific projects so long as they fell under the GAA.

This applied in particular to 116 DAP projects tackled in the court’s original July 1 ruling. Citing evidence packets, the tribunal had ruled that these projects, activities and programs were not covered by the GAA during the years they were implemented.

The tribunal clarified that “its decision did not declare the en masse invalidation of the 116 DAP-funded projects,” saying “the court itself recognized the encouraging effects of the DAP on the country’s economy and acknowledged its laudable purposes.”

The ruling, however, qualified this, saying only “factual determination” could say for sure whether these projects indeed had GAA cover.

“This modified interpretation nonetheless does not take away the caveat that only DAP projects found in the appropriate GAAs may be the subject of augmentation by legally accumulated savings,” the court said.

“Whether the 116 DAP-funded projects had appropriation cover and were validly augmented require factual determination which is not within the scope of the present consolidated petitions under Rule 65,” it said.

The court further said these projects remained valid under the doctrine of operative fact, which applied to situations “where nullification of the effects will result in inequity and injustice.”

The court “essentially recognized the impact on the beneficiaries and the country as a whole if its ruling would pay the way for the nullification of the P144.378 billion worth of infrastructure projects, social and economic services funded through the DAP,” said the summary of the ruling.

“Bearing in mind the disastrous impact of nullifying these projects by virtue alone of the invalidation of certain acts and practices under the DAP, the court has upheld the efficacy of such DAP-funded projects by applying the operative fact doctrine,” it said.

Apart from this revision, the court upheld its July 1 decision to invalidate three features of the DAP:

— The withdrawal of unobligated allotments from implementing agencies, and the declaration of these funds as savings even before the end of the fiscal year.

— Cross-border transfers of savings of the executive branch to fund projects of agencies outside the branch.

— The use of unprogrammed funds without certification of the national treasurer that revenue collections had exceeded revenue targets, as such act violates conditions set under the GAA.

“The withdrawal and transfer of unobligated allotments remains unconstitutional. But then, whether the withdrawn allotments have actually been reissued to their original programs or projects is a factual matter determinable by the proper tribunal,” the court said.

The tribunal also stuck to its earlier findings that “unprogrammed funds may only be used if aggregate revenue targets are first exceeded.” It clarified, however, “that the release of unprogrammed funds need not only occur at the end of the fiscal year.”

“[The July 1 decision] did not result in throwing out the presumption of good faith or outrightly imputing bad faith to the authors, proponents and implementors of the DAP,” the court said.

According to its latest ruling, the contrary is true, because the court has still presumed their good faith under the “the doctrine of operative fact” unless there are concrete findings by the proper tribunals determining their criminal, civil, administrative and other liabilities.

Only Associate Justices Teresita Leonardo de Castro and Francis Jardeleza took no part in the ruling. Jardaleza begged off for prior involvement in the case as former Solicitor General.

Malacañang on Tuesday said the Supreme Court decision that upheld the doctrine of operative fact in the DAP was a “de facto reversal” that apparently made the Aquino administration happy.

“We note that based on the limited information provided by (court spokesman) Ted Te, the Supreme Court has upheld the doctrine of operative fact, which declared all acts are valid until they are declared unconstitutional,” presidential spokesman Edwin Lacierda said in a text message.

“Moreover, the presumption of good faith has been preserved and emphasized, which clarified the previous impression that the authors are presumed to be in bad faith,” he added.

Budget Secretary Florencio Abad told reporters that he had yet to read the decision but was told about it in summary.

While the critics of the Aquino administration focused on the court upholding its ruling declaring provisions in the DAP unconstitutional, Abad said its clarification on the doctrine of operative fact had cleared the “uncertainty that hangs over the heads of people in government.”

“I think what is important is the reiteration by the Supreme Court of the applicability of the presumption of good faith and the presumption of regularity of public officials when they perform duties and responsibilities,” said Abad, the chief architect of the DAP.

But a well-placed government source said the Supreme Court did not actually reverse its position on whether the DAP was done in good or bad faith.

The source said the main opinion that decided on the government’s motion for reconsideration “has always been obiter,” which is not the dispositive part of the court’s decision on the DAP last year.

The obiter is Latin for “by the way.” In court decisions, it is a comment made by judges, which do not affect their decisions.

In the earlier Supreme Court decision on the DAP, the justices put the obiter that said the authors of the DAP should be able to prove their good faith in implementing the economic stimulus program.

This earned the ire of President Aquino who attacked the Supreme Court in his speeches, not for its decision on the DAP, but on a passing thought that the authors could be held accountable.