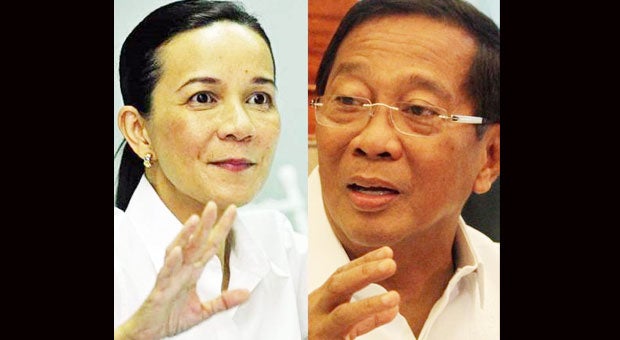 Fresh from being named by a Pulse Asia survey as the leading potential presidential candidate in 2016, Poe emerged as the top choice in the latest Social Weather Stations (SWS) poll, which was first published by Business World late Thursday.

According to the survey, which was conducted from June 5 to 8, Poe was chosen by 42 percent of the 1,200 adult respondents nationwide asked to name their three choices to succeed Aquino. That is an 11-percentage point increase from the 31 percent of respondents that picked her in March.

Binay’s preference rating continued to take a hit—from 36 percent in March to 34 percent in June.

On Thursday, Pulse Asia showed that Poe has overtaken Binay in its presidential survey, earning 30 percent compared to the Vice President’s 22 percent. Poe said she was humbled by the results, while Binay considered it as a “wake-up call.”

Interior Secretary Manuel “Mar” Roxas II, the presumptive standard-bearer of the ruling Liberal Party, was third in the SWS survey, with 21 percent from 15 percent in March.

Davao City Mayor Rodrigo Duterte placed fourth in the survey with 20 percent, an improvement from 15 percent in March.

Unlike Binay, Poe, Roxas and Duterte have yet to declare their plans for 2016.