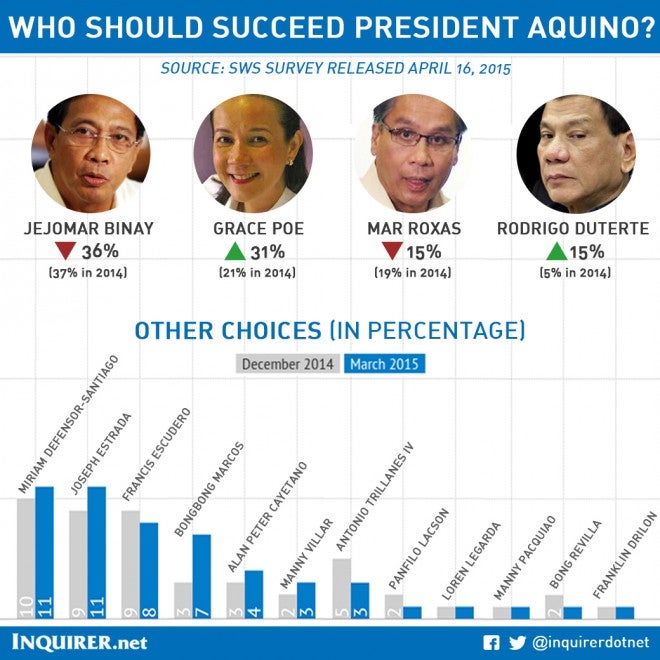 Poe went up 10 percentage points to 31 percent in March from 21 percent in December, as shown in the latest SWS poll results published on Thursday, April 16, 2015, by BusinessWorld.

Only five percentage points separated her from Binay who lost one point, going down to 36 percent in March from 37 percent in December.

The survey, which has sampling error margins of ±3 points for national percentages, and ±6 points each for the geographical areas, was conducted from March 20 to 23 among 1,200 respondents.

Duterte overtook four other potential candidates and tied with Interior Secretary Manuel “Mar” Roxas, who went down to 15 percent from 19 percent.

Editor’s Note: The infographic has been revised to correct the following — preference for Davao City Mayor Rodrigo Duterte was only 5 percent in December 2014 and not 21 percent. His rating increased from 5 percent last quarter to 15 percent in March.