The hazards of riding MRT-3

MANILA, Philippines—For the commuters of the Metro Rail Transit (MRT) 3, patience is a virtue and safety is top concern. 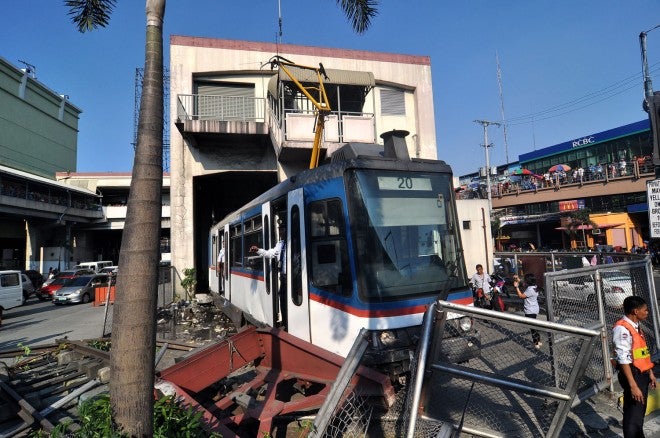 The MRT train that crashed and got derailed at the end of the station on Taft Avenue in Pasay City on Wednesday afternoon. RICHARD REYES

The operations of the MRT 3, which runs the stretch of the Epifanio Delos Santos Avenue (Edsa) from North Avenue in Quezon City to Taft Avenue in Pasay City, have been in constant service disruption since early this year due to technical malfunctions.

The MRT 3 is one of three elevated railway systems serving as an alternative mode of transportation for commuters in Metro Manila.

But in recent months, it has drawn sharp criticisms from riders for the long queues at its stations during rush hour and for several operational glitches.

On Wednesday afternoon, a wayward Metro Rail Transit 3 (MRT) train got derailed after overshooting the barrier at the Taft Avenue Station on Edsa in Pasay City.

As of posting time, over 30 people were injured and were brought to San Juan de Dios Hospital, Pasay City General Hospital and Manila Sanitarium.