“This means the problem is not in the overall system,” Transportation Secretary Joseph Emilio Abaya told reporters on Wednesday evening. 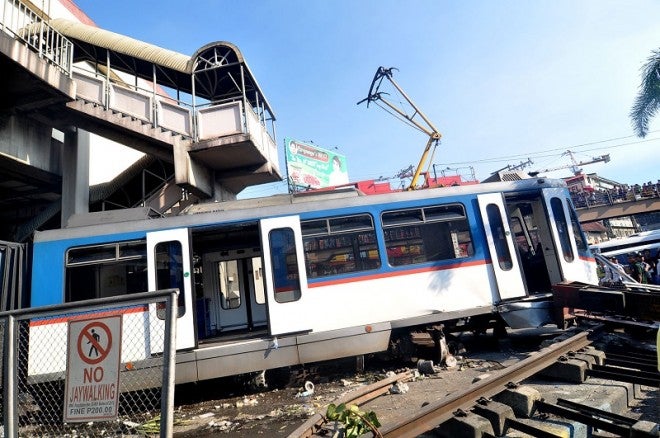 The MRT train that crashed and got derailed at the end of the station on Taft Avenue in Pasay City on Wednesday afternoon.
RICHARD REYES

Abaya said the fact that MRT continued its operations means that passengers have nothing to worry about because it was likely a “procedural problem.”

“But I don’t offer excuses to this. We are really sorry for what happened,” he said.

The MRT train broke through a barrier  on Wednesday afternoon. Its front-end slammed through a wall and reached the pedestrian lane.

The reason behind the crash is still being established, but Abaya said they were looking into the “coupling” and “uncoupling” of the trains.

The train had problems between Magallanes and Taft stations. It had to be pushed by the incoming train. The trains were supposed to be linked together but it seemed a problem happened along the way, Abaya said.

The drivers involved are still under investigation. They will be turned over to the police after the investigation being held at the MRT operations center.