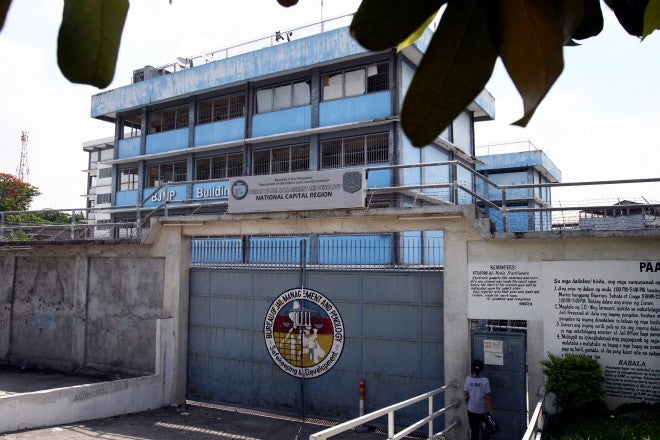 Take her to her new jailhouse, pronto.

The Sandiganbayan on Saturday reiterated that its order to move detained businesswoman Janet Lim-Napoles from her detention bungalow in a police training camp in Santa Rosa City, Laguna province, to the Bureau of Jail Management and Penology (BJMP) lockup at Camp Bagong Diwa in Bicutan, Taguig City, should be carried out at once.

But the Philippine National Police did not budge, preferring to play it safe, as the alleged brains behind the P10-billion pork barrel scam is being held at the Special Action Force (SAF) camp in Fort Santo Domingo on orders from the Makati Regional Trial Court Branch 150 and moving her to Bicutan without leave from the lower court may result in cops being jailed, too.

“We have to know which [order takes] precedence. It is not for the PNP to interpret, it is for the court. That is the [standard operating procedure],” said Chief Supt. Reuben Theodore Sindac, spokesperson for the PNP.

He said the PNP Criminal Investigation and Detection Group (CIDG) would ask the Makati court for clarification on Saturday.

“They will seek clarification from the Makati RTC, which gave the police custody [over Napoles], so that there won’t be conflict with the court,” he said.

Sought by the Inquirer for comment, Justice Secretary Leila de Lima explained that the police needed clearance from the Makati court, as the lower court acquired jurisdiction over Napoles ahead of the Sandiganbayan.

“Prudence and the interest of orderly proceedings dictate the need for clearance and coordination,” De Lima said in a text message.

The Sandiganbayan Third Division ordered the transfer of Napoles to the Bicutan jail on Friday, as the law requires that she be held in a BJMP lockup nearest the court.

But Napoles’ lawyer Stephen David stopped the SAF from moving her, asking that it hold the Sandiganbayan order in abeyance as he had filed a motion for reconsideration.

That could get David in trouble with the Sandiganbayan, as the prosecution has decided to ask the Third Division to cite him for contempt of court for blocking the court’s order.

“The SAF was prepared to turn over Napoles to the BJMP when they were stopped by David. He had no authority to bar them from carrying out a court order,” prosecution lawyer Raji Mendoza told the Inquirer in a telephone interview on Saturday.

David said on Friday that the defense was surprised by the Third Division order, as the Makati court had ordered that Napoles be detained at Fort Santo Domingo and she could not be moved without an order from the lower court.

He said the defense had not yet inspected the Bicutan jail and it wanted to prepare Napoles for the transfer.

But Mendoza said it was not true that the defense was unaware of the possibility that Napoles would be ordered held in a regular jail.

“It’s not true that they were caught unawares and had no time to inspect the BJMP [jail], as the panel of prosecutors had filed a motion [asking] that all [those] accused of plunder, including Napoles, [over] the pork barrel scam be transferred to jails under the BJMP,” Mendoza said.

“Though the motion was filed in another division, it is not correct to say they were unaware of the possibility that their client would be moved to a regular jail,” he added.

Mendoza said the prosecution’s petition for the transfer of Napoles to a jail nearer the court took into consideration the government’s heavy expenditure in transporting her to the Sandiganbayan every time she needed to attend a hearing.

The PNP has said that it has to mobilize additional officers to secure Napoles at Fort Santo Domingo and on her trips to court, spending P50,000 for each trip and P150,000 for her detention in the police camp in Laguna.

Mendoza said the police should immediately obey the court’s order, which stated that the Laguna police camp is not a jail.

It is for the same reason, Mendoza said, that the prosecution has asked the court to order the transfer of all the accused in the plunder cases to be moved to regular jails.

Dennis Pulma, Third Division clerk of court, said the filing of an urgent motion for reconsideration and clarification by Napoles’ lawyers on Friday did not mean the court’s minute resolution had been held in abeyance.

In a phone interview, Pulma said the court was just “being consistent” with its previous decision to detain Napoles’ coaccused and friend, lawyer Gigi Reyes, in the women’s dormitory in Camp Bagong Diwa.

Pulma said questions about the Third Division’s resolution should be brought to the court through formal pleadings.

“At this point, the directive of the court is quite clear that accused Napoles should be transferred to the BJMP facility in Camp Bagong Diwa immediately,” Pulma said.

“The court order still stands despite the filing of the motion for reconsideration because the court has yet to act on it. The order was for the BJMP to [transfer Napoles immediately]. The BJMP need not wait for the decision on the motion because there is already a directive from the court,” he said.

Asked if Napoles’ jailers could be held in contempt for not complying with the Sandiganbayan’s order, Pulma said: “I’m not in a position, I’m not at liberty to [categorically] say that they would be cited for contempt. I also do not want to preempt what the BJMP might do.”

He added: “Maybe what the BJMP can do is to report to the court its actions through filing appropriate pleadings.”

Pulma also said the Third Division’s order was not in conflict with the Makati court’s resolution ordering Napoles’ detention at Fort Santo Domingo.

“The supposed conflict is more apparent than real,” he said, noting that Napoles is facing two different cases, serious illegal detention at the Makati court and plunder and graft at the Sandiganbayan.

“The court’s resolution did not make any reference to the other case filed against Napoles,” Pulma added.

Benhur Luy, the principal witness in the pork barrel scam cases, had brought the case being heard by the Makati court.

According to Pulma, the Third Division “did not divest” the lower court of its jurisdiction to hear Luy’s case against Napoles.

“These are two different and distinct cases,” he said.

He said the court also took into consideration what Republic Act No. 6975, or the Department of the Interior and Local Government Act of 1990, stipulated about the custody of people standing trial.

Section 63 of the law states: “There shall be established and maintained in every district, city and municipality a secured, clean, adequately equipped and sanitary jail for the custody and safekeeping of city and municipal prisoners, any fugitive from justice, or person detained awaiting investigation or trial and/or transfer to the national penitentiary…”

“The detention of the accused should also be near the court. That’s the position of the court,” Pulma said.

Broke down in tears

Napoles, who broke down in tears after hearing the antigraft court’s order during the hearing on her bail petition on Friday, has been trying to avoid being held in a regular jail.

Reyes, the former chief of staff of Sen. Juan Ponce Enrile, also cried upon learning that she would be taken to the Bicutan jail where nine suspected female communist rebels are also being held.

With the Third Division’s order, the two are likely to bunk together in the Bicutan slammer. With reports from Tarra Quismundo, Erika Sauler and Nancy Carvajal

Napoles happy, ‘Straight from the Heart’